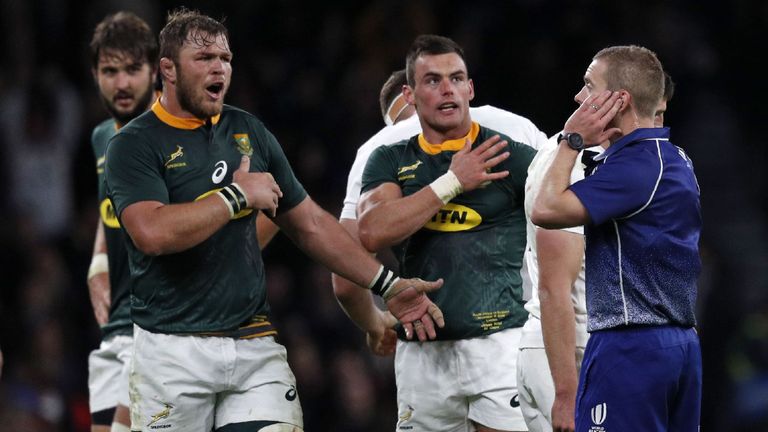 Eddie Jones believes rugby union will eventually resort to having two referees oversee a match in response to its increasing intensity.

England’s head coach insists Owen Farrell’s controversial injury-time tackle on Andre Esterhuizen in the 12-11 victory over South Africa on Saturday highlights the pressure officials are under.

Referee Angus Gardner consulted the TMO before declining to award the Springboks a kickable penalty that if landed would have changed the result.

“I just think the game is getting more intense. All the data shows that,” Jones said.

“The game went for 100 minutes on the weekend with 39 minutes of ball in play. So there was 61 minutes where the players could recover, adding to the intensity of the hits, the quickness of the contact. 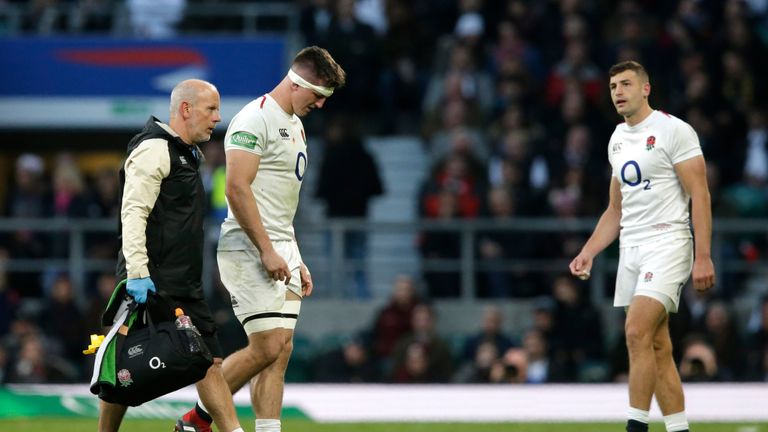 “We are asking one referee to do it the way they did it when blokes like me were playing – jogging around the field basically. And he’s still doing the same job.

“So I think the referees are doing a great job. At some stage in the future, probably not in my time, they may have to look at two referees on the field. They do it in rugby league in Australia.”

#Followtherose this autumn with all of England’s Tests live on Sky Sports throughout November. The action continues on Saturday against New Zealand before clashes against Japan and Australia.