Home » Rugby Union » ‘Do it for Doddie’: Stuart McInally calls for win for legend Weir

‘Do it for Doddie’: Stuart McInally calls for win for legend Weir

‘Do it for Doddie’: Scotland captain Stuart McInally sets his sights on Wales win for rugby legend Weir

Scotland captain Stuart McInally has called on his side to ‘Do it For Doddie’ by lifting the trophy named in the rugby legend’s honour against Wales in Cardiff today.

Weir, who is battling Motor Neurone Disease (MND), will be in the stands of the Principality Stadium on Saturday for the match – and Gregor Townsend’s side are determined to put on show for the 48-year-old former second row.

‘It’s first and foremost another Test match but playing for the Doddie Weir Cup is as special as it gets for the Scotland team,’ said McInally. 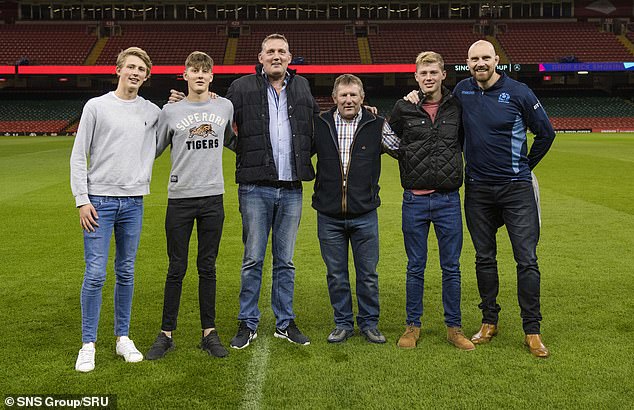 ‘It would be massive for us to lift the trophy in front of him as he is such an inspirational guy. Winning it for him is something we’ve spoken about and we want to make sure we make him proud and make the country proud.

‘Every time we pull on that jersey, we do our best. That goes without saying. But having something else to play for in his honour makes it even more special.

‘The fact that Doddie is here for the game and the fact that he was at our team run just builds the excitement. We take extra inspiration from him and want to put forward a performance that everybody is proud of, especially him. He will definitely be at the forefront of our minds.’

A crowd of over 60,000 is expected at the match in Cardiff where Weir will be guest of honour in a game aimed at raising awareness for his charity that funds research into MND. There will also be a substantial amounted raised after Welsh and Scottish rugby unions made an 11th hour U-turn and agreed to make a six-figure donation after a public backlash when it was revealed no percentage of the gate receipts had been earmarked for charity.

‘I guess the media and publicity around the Doddie Weir Cup is great, doing exactly what was intended which was to raise awareness for his charity that is looking into funding research into Motor Neurone Disease,’ continued McInally.

‘It is another chance for us all to play for Scotland and try to win for Scotland, prove ourselves but it is nice something else is there with Doddie, as well.

‘Yes, as I said, it is a chance to pull on the Thistle but it is brilliant that we can raise awareness for Doddie’s foundation at the same time. It’s also a very serious challenge to come down here and try to win.’

An emotional McInally said the whole of Scotland was rooting for Weir in his battle against MND, which has touched the hearts of so many. 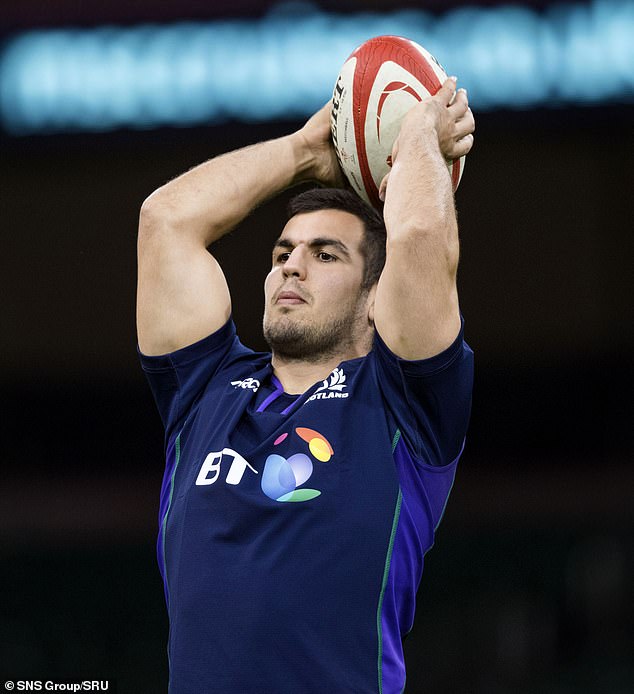 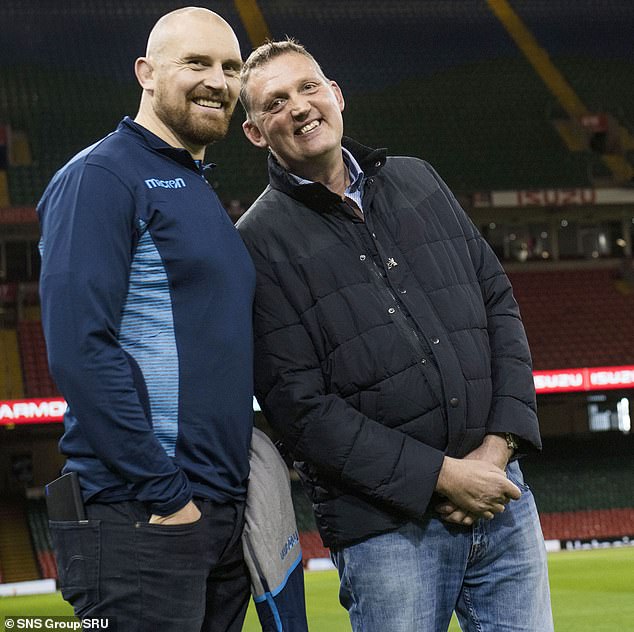 ‘I think back to that New Zealand game we played at Murrayfield last November. It was amazing watching him and his sons walk on to the pitch and present the match ball.

‘I don’t think there was a dry eye in the house, even among the players. We were really proud that we could make him part of that day and it’s great to see that his legacy is still growing and he is part of this game, too.

‘He’s now going to have a trophy named after him forever, which is brilliant. What he means to us all is not something we can really put into words but it’s something we speak about a lot as a Scotland squad.’

‘Having him here and playing for a cup in his honour is a huge motivation for us,’ said Taylor. ‘He’s been in and around the team and we’ve spoken about what an inspiration he is for everyone.

‘We see what he’s going through and it means a lot to the guys who’re wearing that blue jersey. We are certainly coming down here looking to win the cup.