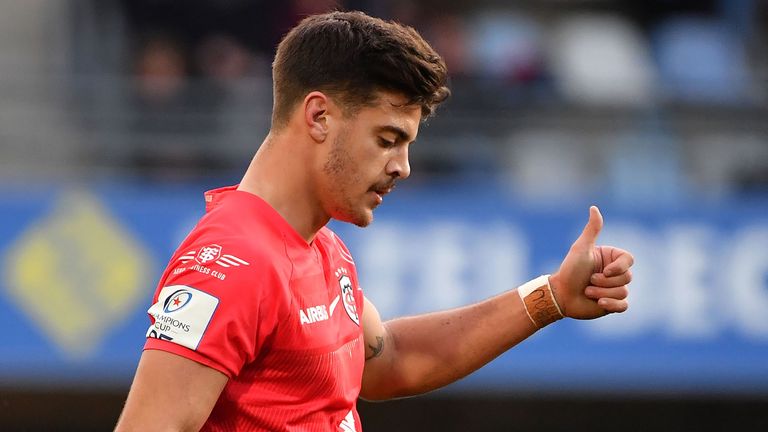 Toulouse maintained their perfect record in Champions Cup Pool 5 but were made to work hard for a 26-18 victory at Montpellier.

Montpellier, who had won only one of their previous three games in this season’s competition, made a bright start and led 13-7 during the first half. But they were unable to resist their French rivals at the Altrad Stadium.

The hosts dominated the early stages, but Toulouse went ahead after 15 minutes following a flowing move. Six players handled the ball before Sebastien Bezy fed Romain Ntamack, who went over.

Montpellier flanker Fulgence Ouedraogo was awarded a try after a lengthy TMO investigation four minutes later and the hosts went ahead through two Johan Goosen penalties.

However, it was Goosen’s mistake after 34 minutes that allowed Toulouse to snatch a 14-13 half-time lead. The fly-half put a foot in touch as he fetched the ball from close to his own line and then failed to prevent a quick line-out which sent Rory Arnold over.