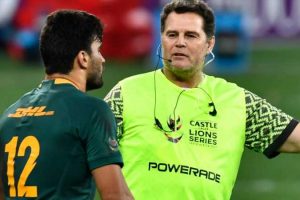 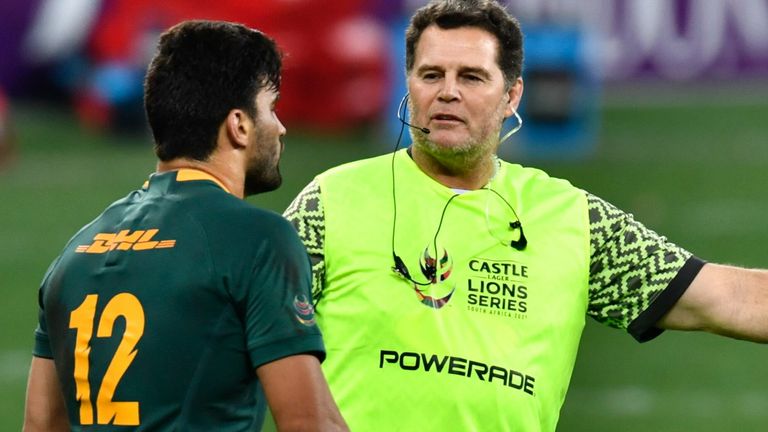 South Africa’s director of rugby Rassie Erasmus will face an independent misconduct hearing after his video rant about the officiating in the first British and Irish Lions Test.

Erasmus was scathing about how the officials handled the match won by the Lions in a 62-minute video message, in particular about the performance of referee Nic Berry.

South Africa Rugby has also been summoned to the misconduct hearing, World Rugby said in a statement.

“Match officials are the backbone of the sport, and without them, there is no game,” the governing body said in a statement.

“World Rugby condemns any public criticism of their selection, performance or integrity which undermines their role, the well-established and trust-based coach-officials feedback process, and more importantly, the values that are at the heart of the sport.”

Erasmus, who has controversially combined his role with that of water carrier during the series to date, suggested among other things that Berry had treated Springboks skipper Siya Kolisi and Lions counterpart Alun Wyn Jones differently. 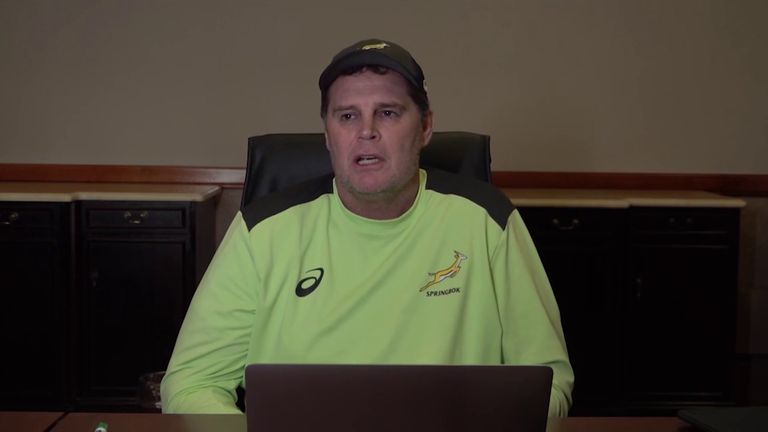 The statement continued: “Having conducted a full review of all the available information, World Rugby is concerned that individuals from both teams have commented on the selection and/or performance of match officials.

“However, the extensive and direct nature of the comments made by Rassie Erasmus within a video address, in particular, meets the threshold to be considered a breach of World Rugby Regulation 18 (Misconduct and Code of Conduct) and will now be considered by an independent disciplinary panel.

“World Rugby has reminded the management of both teams of the importance of this area and their obligations regarding the values of the sport.”

Erasmus’ video address came after the Lions had sealed a 22-17 victory in the first Test in Cape Town.

South Africa hit back to take the series to an eagerly-anticipated decider when they won last Saturday’s second Test 27-9 at the same venue, which will also host the third and final Test this weekend.