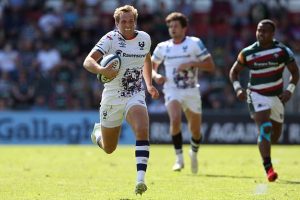 CHRIS FOY: Despite Steve Lansdown’s significant investment, Pat Lam’s Bristol Bears should be respected for finishing top at the end of the regular Premiership season… whether or not they win the title

Congratulations to Bristol for winning the league. The Premiership title, of course, is another matter, but there should be greater recognition for finishing top of the table.

It might have ended with four points as the Bears’ last regular-season fixture was cancelled due to a Covid outbreak at London Irish, but there should be no doubt about the significance of what Pat Lam’s talented team have achieved.

Last year, third place equalled their best return in 2006-07. Before that, Bristol’s highest position in the league era was fourth in the old Division One back in 1993-94. 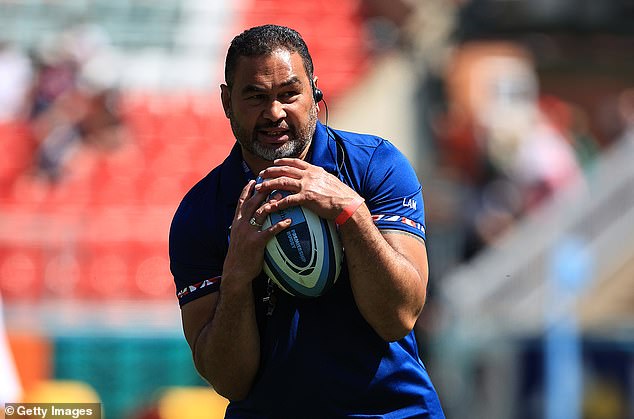 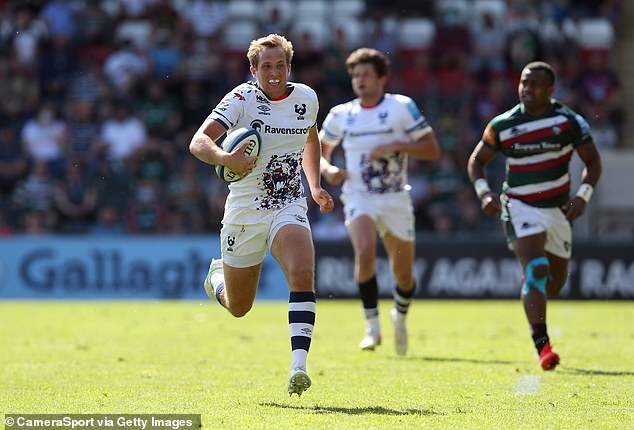 Of course, owner Steve Lansdown’s wealth has ignited this resurgence, but Lam is a shrewd motivator and man-manager who has inspired a squad ranging from world-class imports to locals who have come through the academy.

They have moulded into an impressive, dazzling entity.

Yet there are no prizes for first place, which is wrong. More should be done to reward the hard slog involved in performing better than all other challengers over a period of several months, rather than loading all the glory on to two knockout weekends.

Bristol have earned a home play-off and it promises to be a thriller against adventurous Harlequins. Bristol should have more of the X-factor — as well as the support — and should prevail.

But Sale showed how a supremely organised defence can nullify the free-flowing Bears. Leaky Quins have a week to forge the resilience.

There are grim omens for Bristol as the club who have finished top of the league have only gone on to win the Premiership trophy six times.

On 11 occasions, the team who have finished second have become champions, so history suggests Exeter have a major chance of retaining their title. 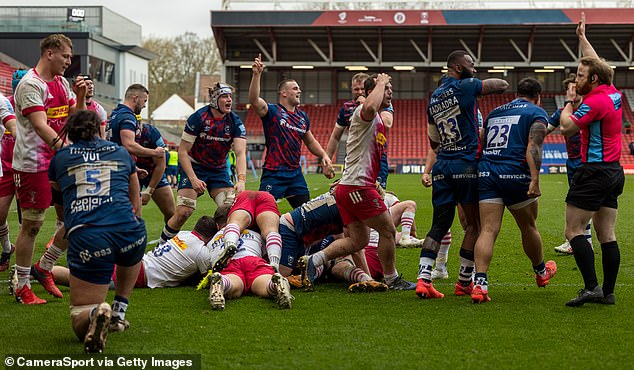 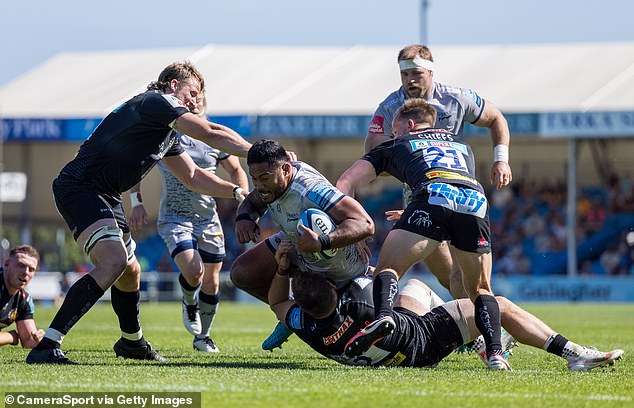 For Sale, the omens are especially bleak. After losing by a point at Sandy Park on Saturday, they have to go back there to face Rob Baxter’s Chiefs and no club finishing third has ever gone on to become champions in 18 previous seasons.

To reiterate — this is supposed to be a league. Even if, one day, a new, shiny global season removes the fixture-overlap excuse for the play-off format, Premiership Rugby will keep it because it generates revenue.

So, officially, Bristol are not champions. But they won the marathon which precedes the sprint and English rugby needs to do more to celebrate that feat.

Gatland can hit the ground running with training squad

The Lions will need some luck in the coming weeks and they have had a good start as Warren Gatland will have more or less an entire matchday squad to work with in Jersey.

In all, 25 players are available for the training camp, largely as a result of Italian side Benetton qualifying for the Rainbow Cup final ahead of Munster, Glasgow and Leinster. 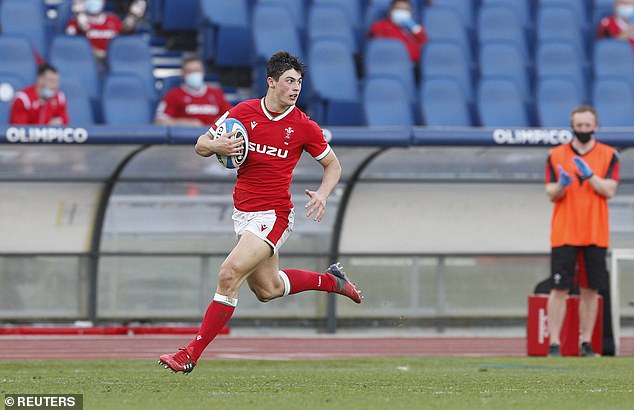 Those on duty this week will have an early chance to make their Test case by taking part in the pre-tour clash with Japan at Murrayfield on June 26.

Steffon Armitage’s winning penalty in a shootout, which propelled Biarritz back into France’s Top 14 league, was yet another example of a forward benefiting from playmaker tendencies.

The flanker landed the shot which secured sudden-death victory over Bayonne, just as former Leicester No 8 Jordan Crane did against Cardiff Blues in a Heineken Cup semi-final back in 2009. 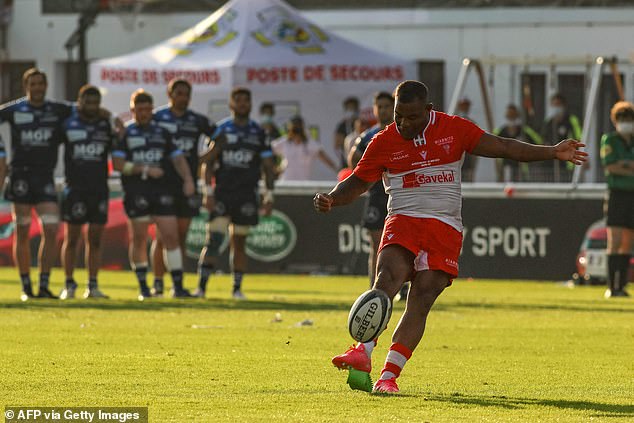 The Vunipola brothers — Billy and Mako — are known to enjoy kicking practice and occasionally put boot to ball in open play, and Jonny Hill has been showcasing his tactical kicking for Exeter.

Back in 2005, Saracens lock Hugh Vyvyan stunned Biarritz with a long-range drop goal at Vicarage Road, and Zinzan Brooke’s drop against England at the 1995 World Cup went down in folklore.

So, any coaches who want forwards to stick to the day job should consider allowing some freedom of expression after all.

Genge should be England captain in Farrell’s absence

Eddie Jones is facing a puzzle regarding the England captaincy this summer, but there is a solution.

The force is with Ellis Genge, so let him lead the national team. Genge wanted to tour with the Lions and his response has been outstanding.

On Saturday, he led Leicester to victory at Wasps and spoke passionately about how much it meant to him. 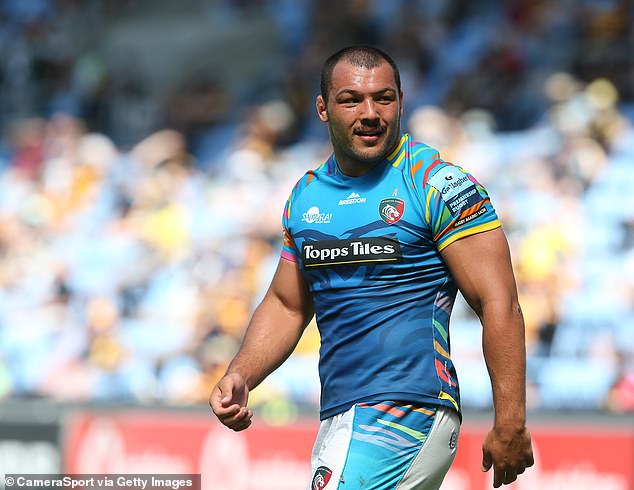 At 26, he is maturing well, as Jones has noted. Added responsibility would aid that process.

Sam Underhill and Charlie Ewels are other candidates who could serve as vice-captains, but giving Genge the armband offers the greatest potential benefit.