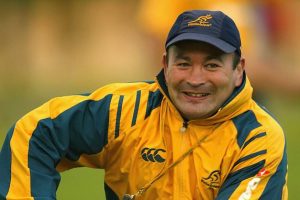 Eddie Jones could come back to haunt England at the World Cup with Australia keen on handing him a consultant role to help under-pressure coach Dave Rennie, while Georgia and USA are interested in securing his services

Eddie Jones could come back to haunt England at next year’s World Cup in France as Australia are keen to lure him home, with other nations also circling.

Sportsmail understands that within 24 hours of being sacked by the RFU, Jones had been the subject of enquiries about new job opportunities and had ‘a few’ early options to consider.

Although his settlement with the union at Twickenham is still being finalised, initial indications are that there are no terms which would prevent him from taking on a role in the near future. 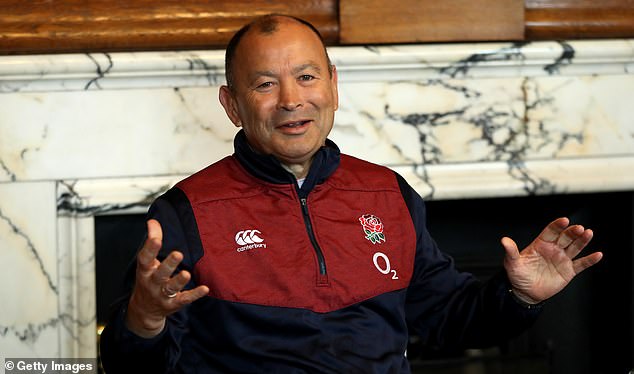 As the after-shocks of his dismissal continue to be felt around the rugby world, there has been feverish speculation about where Jones may turn up next.

Reports Down Under have suggested that the 62-year-old is likely to be approached about working with the Wallabies again and it is thought that there already may have been informal contact.

Dave Rennie is the current head coach of Australia but the Kiwi has been under mounting pressure after a run of poor results. A dramatic comeback win against Wales in Cardiff late last month may have saved him from the sack, but his position is far from stable, which could allow Rugby Australia to enforce a new management structure with Jones installed as a consultant. 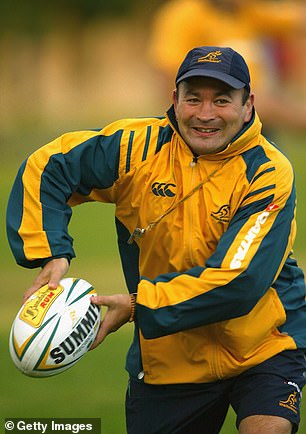 The union’s chief executive, Andy Marinos, reiterated to the Sydney Morning Herald that Rennie will remain in place, saying: ‘We have said consistently that Dave is contracted through to the World Cup and will be the coach, and that’s our position going forward.’

However, it is understood that Rennie could opt to quit if Jones is brought in — despite the fact that Jones successfully fulfilled a similar role to help Jake White guide South Africa to World Cup glory in 2007.

Such has been the global clamour for other national teams to target the ousted England head coach, the Springboks’ director of rugby, Rassie Erasmus, felt compelled to publicly reiterate his backing for the world champions’ head coach, Jacques Nienaber.

There is no vacancy there, but if one is created in Australia, it could pit Jones against the team he was in charge of for seven years, until this week.

England could find themselves facing the Wallabies in Marseille in the quarter-finals of the World Cup — just as they did 15 years ago, when Jones was there too, but with the Boks. And if Australia can’t lure him back, he will be coveted by others.

A recent report claimed Georgia were interested in securing his services and although the eastern European nation lack the resources to employ him on a lengthy deal, they may contemplate a short-term arrangement. 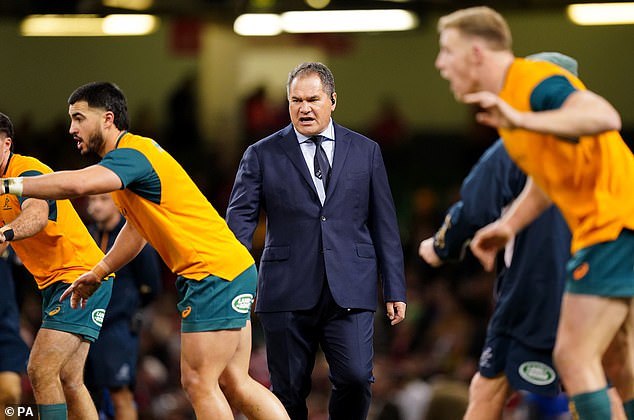 They are in the same World Cup pool as Australia, Wales and Fiji, and their win over Wales last month has raised hopes that they could challenge for a place in the knockout stages.

Jones has a long-standing involvement with the Suntory club in Tokyo as a consultant, and has been linked in the recent past with a number of leading French clubs.

He is understood to have been in talks about the project of galvanising the USA before they host the 2031 World Cup, but that would not create an immediate opening as the Eagles didn’t qualify for next year’s tournament.