‘The huge difference is their work ethic’: Andrew Watts is the British brain behind Japan at the World Cup

Meet the English-born expert who has been one of the secret weapons behind Japan’s World Cup charge.

Andrew Watts last played rugby 20 years ago when, aged 16, he cut his playing career short after breaking his collar bone playing for Aylestone High School in London. He then focused on playing age-grade squash for Wales before studying Performance Analysis at UWIC in Cardiff.

His journey took him and his laptop from Wales to New Zealand to stormy Yokohama where, on Sunday, he will take up his place behind Japan coach Jamie Joseph in the stands if the game against Scotland goes ahead. 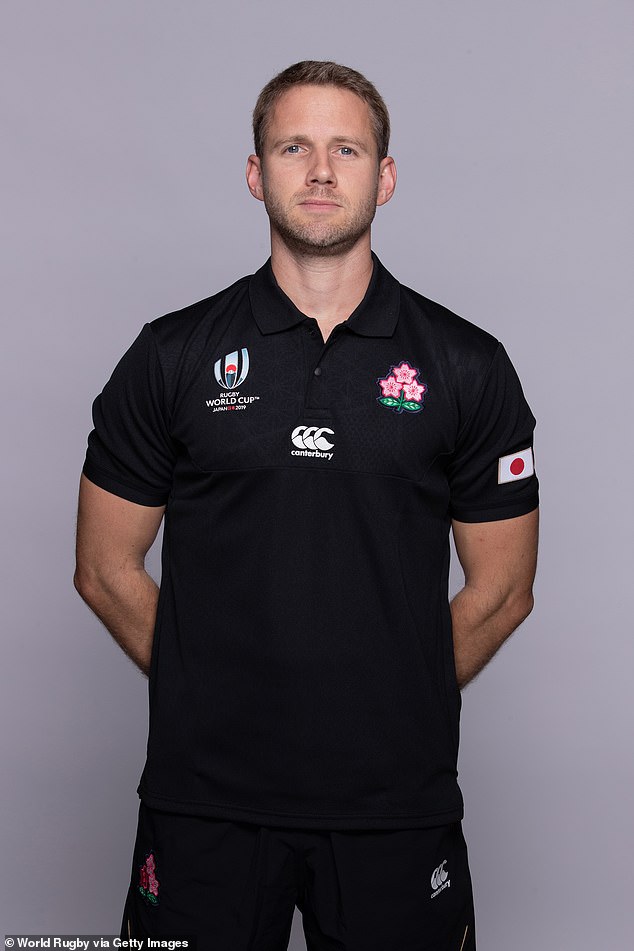 ‘One of my first jobs was at Cardiff Blues and Paul Tito always said he was going to get me a job in Super Rugby,’ Watts said, speaking from the 70th floor of Japan’s team hotel during the typhoon. ‘I always laughed it off but one day in 2014 I got a text from Jamie Joseph saying, “Can I speak to you?” Four weeks later, I was in New Zealand to join the Highlanders.

‘We packed up the family and moved from Cardiff to Dunedin, then Jamie moved over here and now I join up with him during tours and competitions.’

Watts spends many hours behind a laptop, breaking down statistics and video footage of the opposition before devising a counter-plan. He is one of several British analysts working in the southern hemisphere with the All Blacks poaching Jamie Hamilton and the Crusaders signing up Jonathan Gardner. 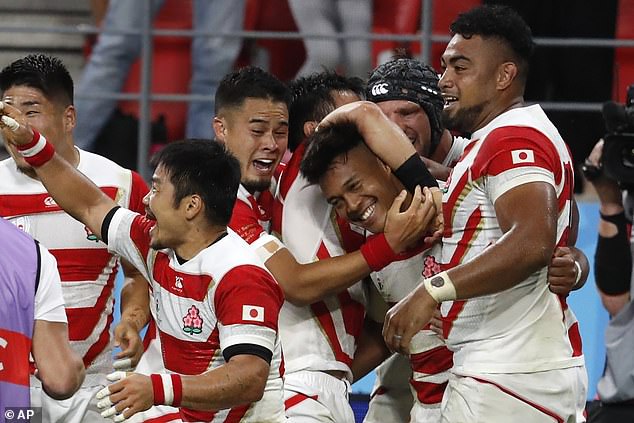 ‘If they’re winning all their games when ball-in-play time is high, for example, you look at what their opposition were doing and flip it on its head. I report a trend and the coaches build a game plan around it.

‘During a match we produce live stats so we can potentially change things around in-play.’

One of Japan’s strengths at this World Cup has been their ability to execute a game plan. ‘The huge difference is their work ethic,’ he said. ‘Not just Japanese rugby players but Japanese people in general. They work harder than any other nation I’ve been involved with. You have to limit them because they just go and go.

‘At our captain’s run in Tokyo we had torrential rain. You had to walk through water up to your knees to get to the training field and no one moaned — in fact, they laughed!

‘Then before they go to bed they study footage of the opposition. There’s a lot of hours behind a screen but you don’t mind that when your plans come off in front of 75,000 people.’