Home » Rugby League » Would you tolerate someone refusing to play in Indigenous Round?

Would you tolerate someone refusing to play in Indigenous Round? 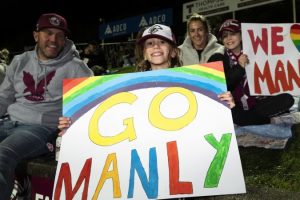 We cross now to Kyle & Jackie O’s newsreader, Brooklyn Ross, for his perspective on the Manly jersey saga.

“I’m not here to put hate on them,” Ross, a gay man, began on Tuesday morning when the story broke. “We do Indigenous Round. What if a group of white guys said, ‘Nah, I’m not playing this weekend.’ I want those players kicked out of [the NRL]. We shouldn’t accept this.”

Before the rugby league clubs unveil their Indigenous jerseys every year, do they bother taking the players aside and saying, “Listen, ummmm, are you OK with this?”

Or do they simply assume that because one of the goals of Indigenous Round is to round on racism, of course it will bloody well be OK because, you know, who the hell is going to say, “No, I don’t want to do my bit to fight racism”? 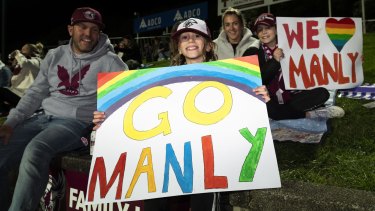 These Manly Sea Eagles fans made their voices clear.Credit:Rhett Wyman

Anyone who would say that wouldn’t be welcome at the club.

So, truly, why should it be any different to wear a tight rainbow on your jersey?

This is 2022. The country has had Same Sex Marriage for five years, and despite all the Chicken Littles out there wringing their hands with Eric Abetz, the sky hasn’t fallen in, nobody has married bridges, and society has not gone to hell in a handcart. As a country, we get more than ever that being gay is no bigger a deal than having red hair.

So why, truly, does there have to be an elaborate carry-on with, “Are you OK with providing tacit support for an anti-homophobia measure?” 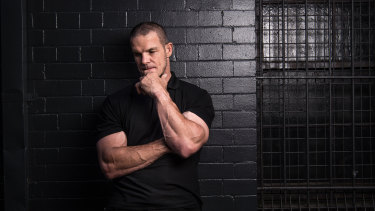 It is actually the players who have to get with the program, not the club.

So let’s just go back to Brooklyn Ross’s original question, and apply it to the Manly club itself: “What if a group of white guys said, ‘Nah, I’m not playing Indigenous Round this weekend’. I refuse to support any anti-racism measures.”

Would those white guys survive at the club? How would the Manly Seven react to them? 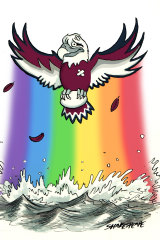 Would those who have rushed to defend the Manly Seven, equally defend the white guys?

We all know the answer: they would not.

So, why it is OK to publicly defend homophobia?

The quick answer that comes from most remaining defenders is:“Because their feelings about homosexuals comes under the umbrella of religion”.

“What if a group of white guys said, ‘Nah, I’m not playing Indigenous Round this weekend’.”

Racism is racism, just as homophobia is homophobia – and it is no less of either because it comes under the banner of religion. I talked long and strong to Ian Roberts this week, and he keeps coming back to one key point: LGBTQ teenagers in the suburbs are killing themselves at five or six times the rate of straights because of homophobia. It is a real issue, a clear and present danger.

Whatever religion might have to say about it, leaving behind racism, sexism, homophobia and misogyny have to be absolute values. And when religion doesn’t get that, it is religion that needs to be called out, not defended with hand-wringing.

Ah, but you still disagree and are framing a nasty tweet to that effect even as we speak.

“Would you defend white guys saying ‘nah’ to Indigenous Round?”

Elias’ call on the money

In all the debate about the Manly Seven, TFF was impressed this week by the famous Tigers, NSW and Kangaroos hooker Benny Elias publicly shooting down the notion that they have been hard done by.

Elias has no sympathy and in a rant on Fox Sports directly countered the view of Paul Kent that the rebels are not saying they don’t support the gay community.

“Well, they have said they don’t because they’ve stepped down and are not playing this weekend which is the greatest sign of saying no … honestly it’s just disgraceful,” Elias said.

In a further chat with TFF on the blower, Elias went further, saying: “Manly should give consideration to sacking these players outright. League is built on ‘one in, all in’, and as a game has been leading the way with equality. Every sport would love to have an Ian Roberts to look up to. We do.

“So when the game has an initiative supporting equality, and says ‘One-in . . .’ only to see ‘Seven out . . .’ it might be easier just to leave them out.”

Manly 7: Any chance of an explanation?

And yes, I guess you might think I am misrepresenting the players’ views.

Well, how could either of us know?

They haven’t spoken up yet!

Can we not agree it would have been good to HEAR from them? A statement, perhaps?

Just on 27 years ago, Roberts had the courage – the one professional footballer on the globe – to say, “I’m gay, get over it”.

Is it asking too much that, on this issue, seven of them can’t stand together and say, “Listen, Ian and everyone, these are the reasons why we just can’t get over it.”

Still on league – has there been any other subject this week? – and TFF heard a very strong whisper that the NRL has already locked in their grand final entertainment. The word I heard was that it is to be Jimmy Barnes and Tina Turner herself doing Simply The Best.

But then I checked. By October, the great American singer will be nudging 83! So, she couldn’t be, could she? More likely, surely, it will be just Jimmy, while she comes out and takes a bow, and helps publicise the eponymous musical currently knocking ’em dead in New York. My Missus managed to catch it in the Big Apple last week and loved it.

We’ll see. If it happens, you heard it here first. 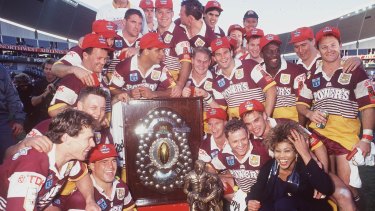 Meantime, there’s been a lot of interest this week in tabloid photos that have emerged of James Packer’s staggering weight loss. As one always interested in men over 50 suddenly realising that this shit is serious, and they have to get on top of their health, I asked him first how much he’d lost, and second how he did it.

Ian Roberts in a brilliant op-ed piece in the @SMH: “It is your right to pursue whatever faith you like. But if your belief is that we have made the wrong choices in life, because we chose to be gay, then you are simply wrong. There was no choice. We are born gay.”

Roosters coach Trent Robinson, saying what needs to be said as a leader of the rugby league community: “If someone said they weren’t going to wear the Indigenous jersey, there would be an outcry. 80 years ago, we wouldn’t have had Women in League round. We moved on those fronts, we haven’t moved on this.”

Peter V’landys: “As I said, we are the greatest game for all; not just for a select few, but for all.” Sort of, Peter. But it must be said that the enormous moment you inherited in this field, has come close to stalling. Why not actually push the Pride Round through first thing next year, to back up your fine sentiment with action? 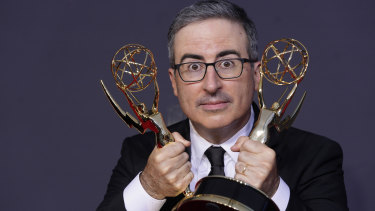 Usman Khawaja: “You’ve got Test cricket, which is the pinnacle, you’ve got T20 cricket, which obviously has leagues around the world, great entertainment, everyone loves it, and then there’s one-day cricket. I feel like that’s probably the third-ranked out of all of them. I think personally one-day cricket is dying a slow death . . .”

Craig Bellamy on his free-falling Storm: “I’m not confident I can turn it around. I come in here saying the same thing every week. We had some good effort but there’s some stuff that you’re not going to get away with at this level and you’ll pay a price and that’s what we’ve done in the last couple of weeks.”

Former NRL player James McManus warning Kalyn Ponga to rest after another concussion: “Everyone is different in what their priorities are, but what I would say is that football is a very small section of your life. It’s a big world out there, you’ve got a long time post-career.”

American 200m runner Noah Lyles on winning the World Championships: “Lately I have gone to the Met Gala, gone to the US Open, done collaborations and walked runways at Paris fashion week. I don’t need to be seen as a track and field athlete. I think I need to be an influencer.” Alriiiiighty then! 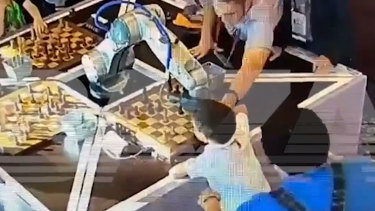 Terry Strada, the chair of 9/11 Families United on Henrik Stenson giving up the Ryder Cup captaincy to join the LIV Tour: “I read [Stenson] rattling off the Saudi talking points like a trained seal learns how to ‘bark’ for a treat. The Ryder Cup will survive without him . . .”

Sergey Lazarev, the president of the Moscow Chess Federation after a chess-playing robot broke the finger of the kid he was playing: “The child made a move, and after that we need to give time for the robot to answer, but the boy hurried and the robot grabbed him. We have nothing to do with the robot.” (First, the chess robots turned on us. Then it was the automatic vacuum cleaners. When the coffee machines ganged up on us, we knew it was going to be a long war.)

Team of the Week

The Colonial Games. Started yesterday, I think. Or maybe today.

Manly Sea Eagles. Where will their season finish up? Somewhere, over the rainbow . . . 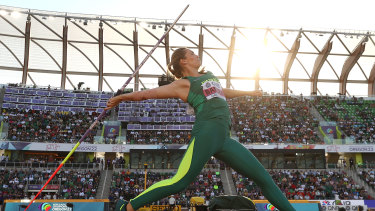 Boomers. Our basketball side retained the men’s FIBA Asia Basketball Cup with a 75-73 win over Lebanon in the final in Jakarta.

Kelsey-Lee Barber. The Australian was the first woman in the world to successfully defend her javelin world championships title. She joins Cathy Freeman as the only Australian to defend a world track and field title.

Collingwood. Have now won nine on the trot, and are looking the goods.

Melbourne Storm. Could their streak of making the top four every year since 2014 be over? In the meantime, let me repeat what I said after the first round: the only real question to be answered this year is who will be beaten by the Riff in the Grand Final.