Why the AFL draft isn’t working 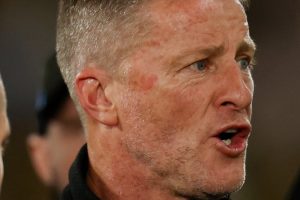 On Monday night, when the AFL’s 18 clubs assemble for the opening night of the national draft, the Richmond Football Club will be notional participants and seated at the table as Gillon McLachlan calls out the first 20 names.

However, if the rules permitted, the Tigers may as well stay at home because they will be mere bystanders to whatever unfolds. 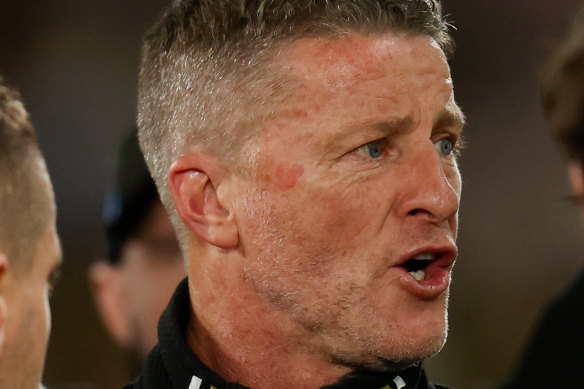 Richmond has no first- or second-round pick in 2022, and they don’t have a 2023 first-round choice to trade on the night either.

The Tigers’ first choice will be later, on Tuesday night, at pick 53 – by which stage, many clubs’ recruiters will be finished.

That weak hand restricts the Tigers’ capacity to bring in talent, but they’ve already done their work by gaining Tim Taranto and Jacob Hopper from the Giants via well-executed trades. They’ve arguably done more to strengthen their premiership prospects than any club.

Having won three premierships between 2017 and 2020, Richmond ought to be on a major downswing, with a vanishing core of premiership stars. Yet, they’ve chosen to defy the system’s natural gravity by rejecting the draft – this year at least – and using mature players to vault back into flag contention.

Taranto, pick two six years ago, has been gained for picks 13 and 19, while Hopper will cost the Tigers only next year’s first and pick 31.

Geelong, meanwhile, have managed to acquire Tanner Bruhn (Greater Western Sydney) and Ollie Henry (Collingwood), for the essential cost of only picks 18 and a youngster not in their best 25 (Cooper Stephens). The Cats, in a ground-breaking deal, also landed Jack Bowes and pick seven, owing to the farcical fact that they had more salary-cap room than Gold Coast.

This time 12 months ago, North Melbourne was overjoyed to have Jason Horne-Francis at pick one. Today, he’s a Port Adelaide player, sprinting out of Arden Street despite a contract.

On Monday and Tuesday night, experts will declare particular clubs have “done really well” and improved their lists with judicious choices. 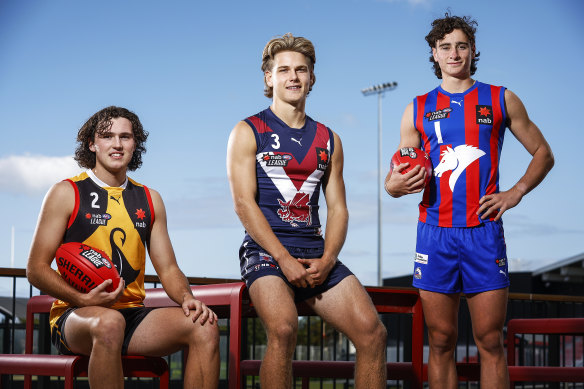 Mitch Szybowski, Will Ashcroft and Elijah Tsatas are all set to join AFL clubs in the upcoming draft.Credit:AFL Photos

But recent events – and the continuing trend of players choosing their clubs, irrespective of age or contracts – mean that the draft may not prove a panacea, even for those clubs purported to have brained ’em.

The draft, while important, is no longer shaping the destinies of teams, in terms of winning games and finals, in the way that it did, or as intended when it was introduced, alongside the salary cap, in 1986. It is important, but less influential than a decade ago.

“The draft is almost irrelevant to the top four or so clubs,” says Gold Coast chief executive and ex-Hawthorn and AFL football boss Mark Evans. He notes that the draft has been weakened, as an equalisation measure, “given the increase in player movement and players wanting to play at clubs in premiership contention”.

Senior club figures and list managers note that players these days are more willing to leave, as Horne-Francis and Henry did; that the best players pick the good teams higher on the ladder (see Tom Lynch and Jeremy Cameron), that they nearly always get their wish; and the club that loses the player usually cops whatever “collateral” is available.

Players have always largely been able to get to their preferred club. “But they’re doing it more and they’re doing it sooner,” says Wayne Campbell, the ex-Tiger great, current Suns and former GWS head of football.

In theory, the team losing the player should get a fair price. In practice, as Campbell observes, the return “doesn’t necessarily correlate to the value of the player”.

Melbourne had to accept Fremantle’s two first-round picks – one that was pick 13 – because that was all the Dockers could offer. Jackson was uncontracted. Today, players don’t really “seek a trade to a Victorian club”. They ask for a trade, such as Adam Cerra to Carlton.

With expansion to 18 teams, only one team gets two top-20 picks from a lowly finish. Early priority picks, which fast-tracked Hawthorn (2008) and Collingwood’s (2010) flags, were cancelled by Melbourne’s tanking scandal. Free agency was introduced, a measure that clearly favours the top sides. 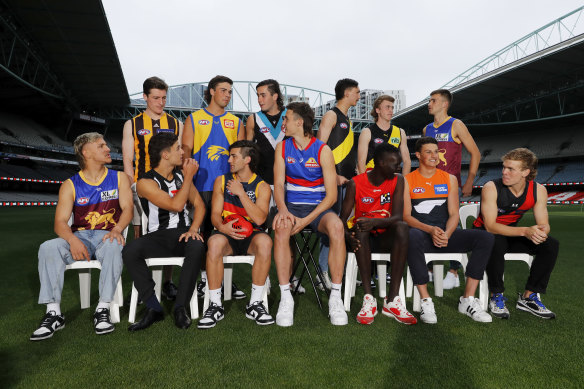 The Victorian-based first round draftees at Marvel Stadium on Thursday.Credit:AFL Photos

“You have to have more levers than simply relying on the draft,” says Carlton chief executive Brian Cook, who was at Geelong when the Cats – whose 2007 to 2011 dynasty was draft-based – flipped sharply to trades and free agency.

The player-movement culture shifted dramatically when free agency was introduced in 2012. It is revealing that most premiership teams have utilised free agency or trades to a significant degree (the 2016 Bulldogs an exception). The two best players in the 2022 grand final were Isaac Smith, who cost the Cats zero in draft terms, and Patrick Dangerfield, whom they picked up cheaply due to his access to free agency.

Lynch, too, cost the Tigers zilch draft picks in 2018.

As I noted in 2014, when Tom Boyd and Ryan Griffen walked out, despite contracts, free agency shifted how players viewed their relationships with clubs, just as the introduction of no-fault divorce in the 1970s encouraged a culture in which there were more de facto and short-term, live-in relationships: Players, like those emancipated, post sexual revolution couples, had permission to leave. 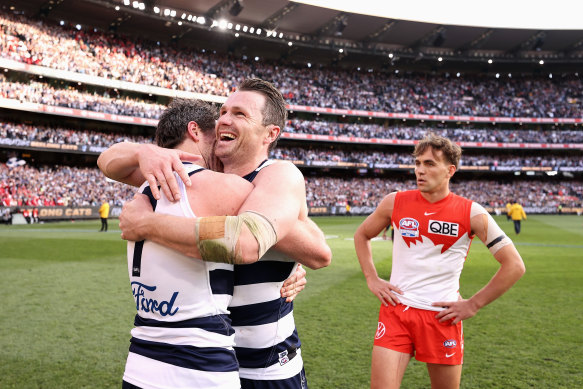 The two best players in the 2022 grand final were Isaac Smith, who cost the Cats zero in draft terms, and Patrick Dangerfield, whom they picked up cheaply due to his access to free agency.Credit:Getty Images

Faced with a choice between a late draft pick and a proven mature player like Taranto or Hopper, the contending team will want the mature player – provided they have the salary cap room.

This leads to another important shift that has undermined the draft’s mission of comforting the afflicted and afflicting the comfortable: That the better teams can pay players less than the weaker ones.

Lynch and Cameron accepted pay cuts to cross from expansion teams to Richmond and Geelong. Lynch accepted $400,000 a season less at Richmond than he might have received at North. At expansion teams, first-round picks who’ve done squat are handed $400,000-plus in their third year.

Perversely, if you have less access to top-10 picks, as with Geelong and Richmond, then your salary cap is relieved of those inflated third- and fourth-year contracts. It is a safe bet that Sam de Koning, a gun in the 2022 premiership, did not play for much, relative to his value in year three.

The Brodie Grundy trade also underscored the draft’s diminished potency compared with player payments. Grundy was traded to Melbourne for pick 27 – hardly his real worth. But Collingwood’s real gain was the loss of the bulk of a contract worth $900,000-plus over the next five years; the Pies were prepared to lose Grundy and pay a decent share of his contract to create room.

If father-sons and academies compromise the draft, a greater structural imbalance is where players come from, with roughly 55 per cent deriving from Victoria. Geelong, without access to high picks for eons, has ended up with 17 local players (Geelong, western district and surf coast) if you count Cameron.

Another draft issue: the sheer length of time that the pure rebuild takes, as Carlton and previously Melbourne – which had three consecutive attempts before getting it right – can attest.

The draft remains the best and most important vehicle for clubs to pick themselves up from the bottom. Or to regenerate an ageing list. It provides the foundation – such as Carlton’s five A-graders – on which to add. “You have to have something to build with first,” says one renowned list manager.

Once, clubs traded for show and drafted for dough. Today, the draft only gets you on to the fairway, or out of the sand trap.