The voice of rugby league – Ray 'Rabbits' Warren – is among the first ever group of contributors inducted into the NRL Hall of Fame.

Warren has been the lead rugby league caller at Nine since 1992, his voice punctuated every famous moment the game has witnessed since. 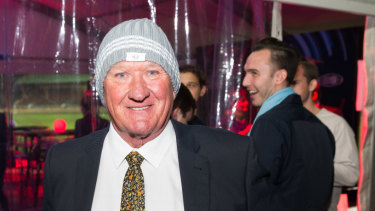 Ray Warren is widely known as the voice of rugby league.

Having already been honoured with an Order of Australia Medal and induction into the Sydney Cricket Ground Hall of Fame, Warren joins famous print journalist Peter Frilingos and JJ Giltinan – widely considered the driving force behind the establishment of the NSWRL in 1907 – as the first non-players to be inducted into the NRL Hall of Fame.

Frilingos was an influential figure of a different kind. 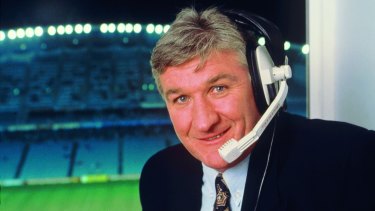 Frilingos was a panelist on rugby league shows for Nine, Ten and Fox Sports' Back Page, too.

"This is a very special induction – the first members of the class who are contributors," NRL CEO Todd Greenberg said. "That speaks for the calibre of not only the nominations but obviously those who were chosen. They will always be the first of our contributors to be inducted.

"Without them, the game would look, feel and sound very different. Each of them had extraordinary influence on the game."