NRL players have opened up on the awkwardness of sharing hotels with opposition NRL teams, with Roosters hooker Sam Verrills revealing Knights players had walked by while Trent Robinson’s side was doing video in preparation for Friday’s clash.

The Roosters and Knights and the Eels and Raiders, who are all staying at the Mercure on the Gold Coast, play each other later this week. The Bulldogs and the Rabbitohs, who are also at the hotel, played each other on Sunday. And the Warriors will come up against the Rabbitohs on Saturday.

“We walk past them every day. Game week is a bit weird that we are versing them,” Verrills said. “We were doing video yesterday and they were walking past us. It was a bit strange.”

Twelve NSW-based NRL teams moved into three separate hotels across Brisbane, the Gold Coast and the Sunshine Coast where they will remain for at least a month of the season.

Roosters teammate Drew Hutchinson joked that he’d be using the situation to his advantage, saying: “I might have to put a cup there later tonight and see what they’re talking about.”

Ahead of their round-19 clash with the Raiders, Eels star Clint Gutherson revealed the teams are sharing a lot of the common areas, with Canberra’s team room right next door to Parramatta.

“We’ve probably seen them 5 or 6 times this morning already,” he said on Monday. “You’ve just got to put up with it, but obviously you’d rather not see the opposition team that week,” he said.

“We will be on the same bus to the game or something and it will get a bit weirder. But we’ve got to make sure we are on the right side of the score, and then we will get the food first in the buffet.”

The Raiders also said the proximity to their opponents was particularly close, with Hudson Young describing the situation as odd.

“We are right next to Eels so it is a bit weird. It is a bit different walking around and seeing all the players and that,” he said. 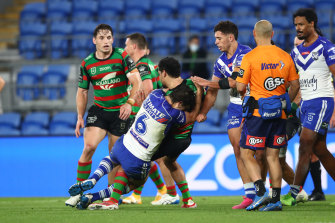 The Bulldogs and Rabbitohs faced up against one another on Sunday while staying in the same hotel. Credit:Getty Images

Last year, the women’s Origin sides had to stay in the same hotel on the Sunshine Coast ahead of the clash due to COVID-19 restrictions.

At the time, Blues skipper Kezie Apps admitted the situation made it hard to develop strong state vs state rivalry due to the fact many players were friends outside of footy.

The NRL is still working with the Queensland government to receive exemptions for player’s families to be allowed to travel to Queensland.

The families were originally set to travel last Saturday, but was knocked back by the state government and asked to put forward a more detailed contingency plan.

Football boss Graham Annesley said the NRL was still confident families would be able to travel this week, if not in the next few days.

“There is a lot of working going on behind the scenes,” he said on Monday.

“We’ve been collating all the information that the government requires in order to give the exemptions for the families to be able to travel to Queensland.” 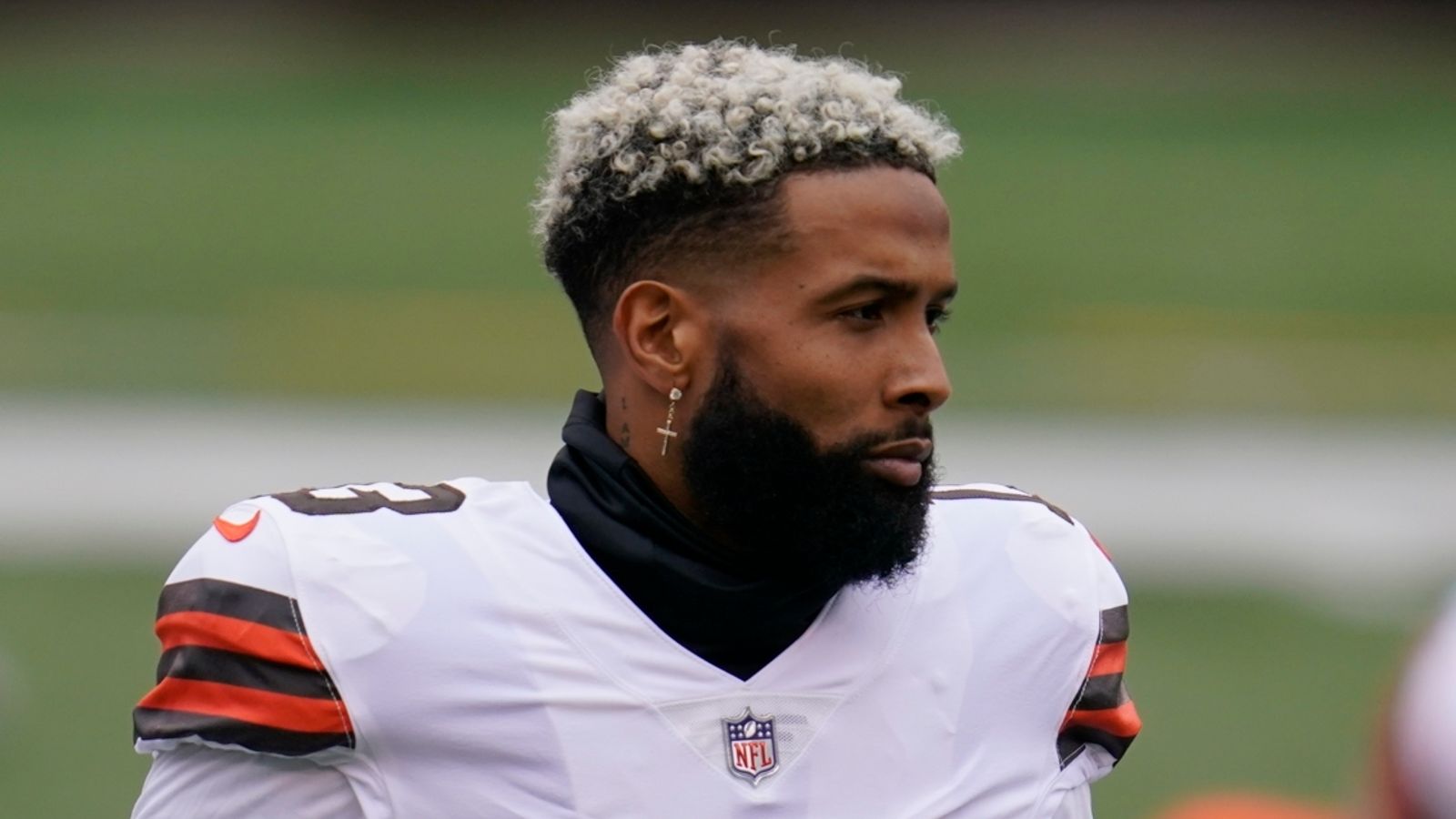