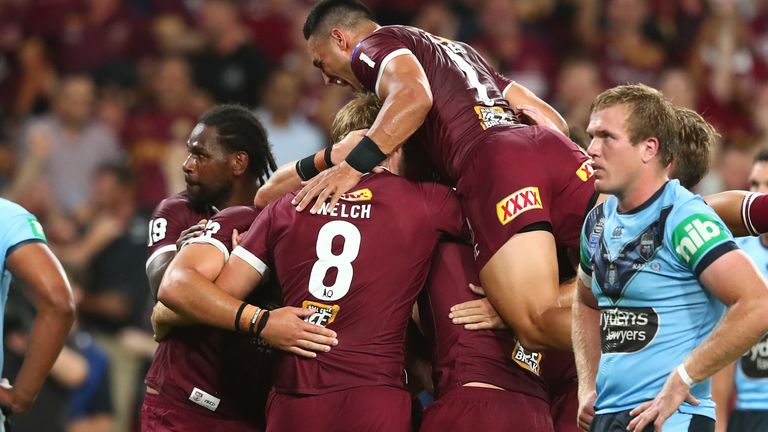 Queensland clinched the 2020 State of Origin series thanks to a dramatic 20-14 win over New South Wales in the decider at Suncorp Stadium on Wednesday.

The Maroons led 12-6 at the break through converted tries from Valentine Holmes and debutant Edrick Lee, while the Blues were not helped by losing influential full-back James Tedesco to a head injury midway through the first half.

Holmes’ penalty and a converted try from another debutant, Harry Grant, put the home side within touching distance of victory and they held off a determined fightback from New South Wales despite having Corey Allan sent to the sin-bin for a professional foul late on.

QLD getting around it! 🏆#Origin pic.twitter.com/DqlC7Sdfvi

It meant the Blues’ dreams of joining the sides of 1992 and 2005 in making it three Origin series wins in a row were shattered, while at the same time extending Queensland’s record in series deciders to eight wins in the last nine occasions it has come down to the final game.

Seeking their first Origin series win for three years, the hosts could have hardly asked for a better start and took the lead with barely five minutes on the clock as newcomer Allan sent Holmes diving over for a spectacular effort in the left corner with a well-worked last-tackle play.

North Queensland Cowboys back Holmes nailed the conversion from out wide as well, but the Blues were level soon after the restart in somewhat bizarre circumstances.

A high chip kick from Nathan Cleary was fumbled by Allan on his own try-line and with Queensland skipper Daly Cherry-Evans unable to pick the ball up due to being in an offside position, Tedesco snuck in behind him to ground the ball for a score converted by Cleary. 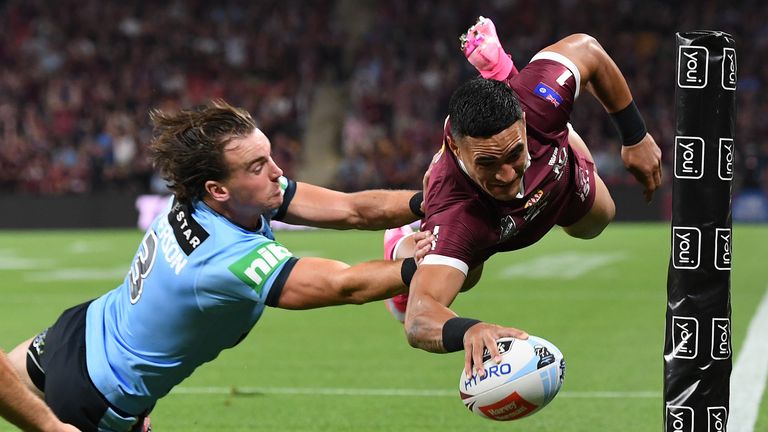 That would be the New South Wales captain’s sole contribution though as he was forced off midway through the first half due to an accidental collision with the knee of Maroons prop Josh Papalii while bringing the ball up which left him in a bad way, with Tedesco failing his head injury assessment.

Queensland started to have the better of the territory following this, but some immense defence from the Blues kept them at bay until three minutes before the hooter sounded for half-time.

Cameron Munster’s smart kicking got his side into a promising position and the stand-off was involved again, sending a cross-field kick to the right which Brenko Lee knocked back for cousin Edrick to gather and race through a huge gap to score.

Holmes’ conversion put the hosts six points up at the break and the 25-year-old was on hand to edge his side further ahead with a penalty midway through the second half as New South Wales’ defence held firm in the face some immense pressure from Wayne Bennett’s men. 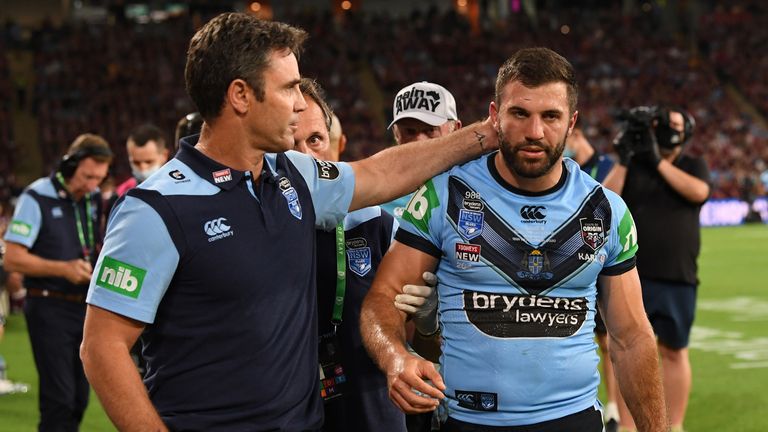 Their resolve was eventually broken in the 64th minute thanks to livewire interchange man Grant, who capped off a superb year in the NRL on loan at Wests Tigers by taking an offload metres out and just about managing to ground the ball on the try-line despite the best efforts of the defence.

Holmes made it four from four with kicks at goal to take Queensland into a 14-point lead, but the Blues were not done yet and Daniel Tupou’s converted try soon after the restart, coming from a well-worked attack down the left-wing, cut the cap significantly.

Cleary then slotted over a penalty with around seven minutes to go to make it a six-point ballgame and when South Sydney Rabbitohs back Allan was sin-binned for taking out Josh Addo-Carr as the winger chased his own kick, it put Queensland right up against it.

They managed to hold out though and despite a captain’s challenge going New South Wales’ way on the final play of the match, there was no time left for them to make anything out of it.