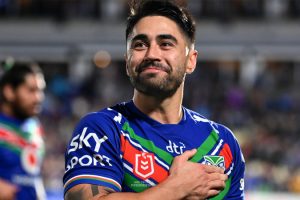 Even after 1038 days, hurdles remained.

In no particular order, over the course of more than two years the Warriors have had to: find a plane that actually fit Tamworth airport’s runway, take club-wide pay cuts to avoid redundancies, spend months in lockdown, even more in quarantine and NRL hubs, shift players, staff, partners and children across the Tasman and then interstate, miss births, funerals and weddings, and all while trying to keep pace with one of the most demanding week-to-week competitions in world sport.

It was all for this. Plenty went awry along the way. Plenty, not least head coaches Stephen Kearney, Todd Payten and Nathan Brown, who didn’t make it to Mt Smart Stadium and the homecoming that has been almost three years in the making.

More than 26,000 did though, familiar faces and face paint among them.

The Mt Smart Joker. The Mad Butcher. Club owner Mark Robinson, deserving of a similar moniker at times, but acknowledgement too given the significant financial pain he’s worn while paying the Warriors’ bills. 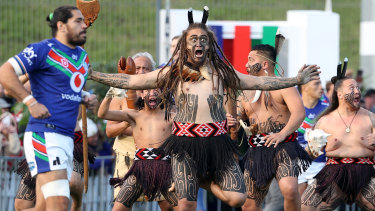 Tohu Harris leads the Warriors out to a raucous reception.Credit:NRL Imagery

Mimicking the same march as Dean Bell’s side almost 30 years ago, Tohu Harris led the Warriors out of the rarely used corner tunnel, and into bedlam that only built as the afternoon wore on.

And yet, the hurdles remained. A seven-game losing streak. A positive Covid-19 test that ruled out livewire Reece Walsh. Addin Fonua-Blake’s own negative test, and subsequent inclusion only coming on game day.

And a Wests Tigers outfit with more bottle in their goal line defence than they had shown most of the year.

Even with the early ascendancy and one or two borderline calls in their favour, the Warriors were made to wait. 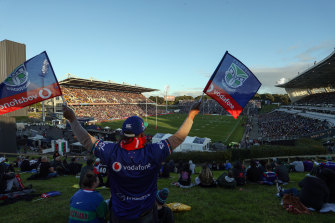 Mt Smart Stadium was sold out for the Warriors’ first game in Auckland in more than 1000 days.Credit:NRL Photos

Wayde Egan left New Zealand in March 2020 and only returned this week, his possessions still locked up somewhere in an Auckland storage unit, yet looked to have a homecoming try in his keeping after 13 minutes.

That it was skipper Tohu Harris to eventually score the Warriors’ first try on home soil since late-2019 was all kinds of perfect.

Along with predecessor Roger Tuivasa-Sheck, no one has been more pivotal in keeping the Warriors together than Harris. 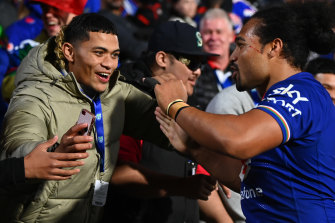 Bunty Afoa thanks the crowd at the end of an emotional day.Credit:Getty

When rival clubs circled and Tuivasa-Sheck left to pursue his All Black ambitions, Harris re-signed for three years, only to blow his knee out a few months later.

Back from an ACL reconstruction and back on home turf, Harris had the fans in raptures when he finally crashed through.

As favourite son Shaun Johnson warmed to his task, so too did the masses. One pitch invader became two. Penalty goals from Johnson multiplied the same way. The second was met with a shoey chugged down by a fan in front of Stacey Jones’ coaching box, the party trick timed to perfection for panning TV cameras.

After 1038 days and all manner of hurdles, the home touches were the sweetest of all.