Home » Sharks ramp up pursuit of Reynolds with three-year offer

Sharks ramp up pursuit of Reynolds with three-year offer 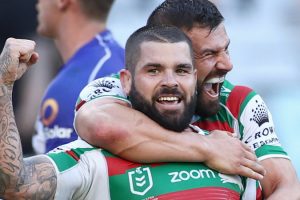 Cronulla have ramped up their pursuit of Adam Reynolds with a three-year deal as the halfback merry-go-round gathers pace.

The Sharks are prepared to offer Reynolds $750,000 per season, as well as the security of a long-term commitment, to ensure they have a marquee replacement for North Queensland-bound Chad Townsend. 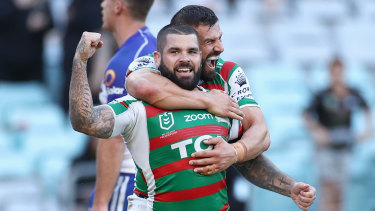 Souths have been criticised for not meeting the demands of Reynolds, a local junior, premiership winner and current club captain. However, they have limited salary cap space and only want to commit to a year at a time, terms which club great John Sutton accepted towards the end of his playing career.

Dave Donaghy will begin as Brisbane chief executive on the weekend and one of his first calls is poised to be to Reynolds’ manager for an update on the future of the No.7.

Moses has until round 10 to decide whether he wants to remain with the Eels or head elsewhere next year. In a bid to entice him to stay, Parramatta has offered him an additional two years to a contract which already doesn’t expire until the end of 2022.