Sexting scandal was first strike that led to Vaughan sacking 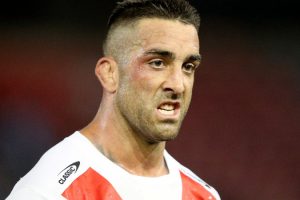 Allegations of a sexting scandal have emerged as one of three behavioural strikes against St George Illawarra star Paul Vaughan which prompted his sacking on Tuesday.

The Dragons have torn up the $800,000-a-year contract of the 30-year-old prop after an emergency board to discuss the revelations that police had broken up a party that was in breach of NSW COVID-19 regulations at his property on Saturday night. 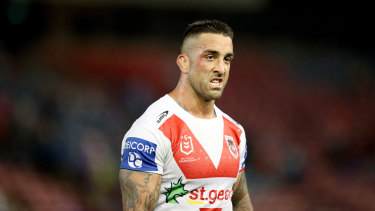 Paul Vaughan was also involved in a texting scandal that saw him breached by the Dragons.Credit:NRL Photos

Sources with knowledge of the situation told the Herald the house party was Vaughan’s third strike at the club, the veteran front-rower having received an official warning for his alleged conduct in a sexting incident dating back about 18 months.

The second strike came last year when he breached the NRL’s biosecurity bubble when he was caught going to a cafe in contravention to the NRL’s COVID-19 protocols. He was fined $10,000 and stood down for two weeks for the incident.

On Tuesday morning the club drew a line in the sand and agreed to terminate the contract of Vaughan when they gathered for a virtual board meeting.

The situation was considered to be of a similar severity to that of Todd Carney’s sacking by the Sharks over the infamous bubbler incident. Carney later filed an unfair dismissal case, claiming he was not given a chance to front the board. The parties settled out of court.

Vaughan was hit with an eight-game ban and a $50,000 fine by the NRL on Monday night. The sanction would have ruled him out for the remainder of the regular season but he has now played his final game for the club.