Sam Mitchell not up for AFL coaching slots

Hawthorn assistant Sam Mitchell has ruled out throwing his hat in the ring to fill the AFL coaching vacancies at Carlton and North Melbourne.

The highly regarded Mitchell had been considered a left-field candidate for the senior roles, despite being in only his second season as an assistant coach. 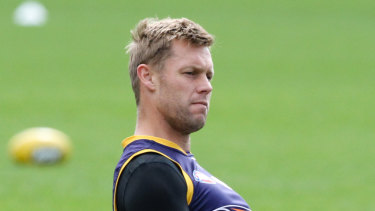 But the 36-year-old concedes he is not ready to take the next step and will instead look to continue his apprenticeship under master coach Alastair Clarkson, having last year helped guide West Coast to the premiership.

"At some point I'd love to sit in front of a CEO or a president and say 'I'm your man'.

"I couldn't say absolutely I'm the right man for a head coaching job at the moment.

"Eventually I'd like to get to that point but there's a lot of learning to happen."

Both the Kangaroos and Blues have enjoyed first-up wins under their respective caretaker coaches Rhyce Shaw and David Teague.

Having sacked Brendon Bolton, the Blues are considered likely to seek an experienced replacement to take the helm next season.

Sydney coach John Longmire has been strongly linked to the vacant post at Arden St but the Kangaroos could turn to a less experienced candidate.

Shaw has made no secret of his desire to remain in the top job at North beyond this season and would be well-placed should the Roos finish the season strongly.

Teague, who led the Blues to a drought-breaking win over Brisbane on Saturday night, said he would consider his options at the end of the season.

"I do harbour desires to be a coach but when is probably the question," he said.

"What I do have right now is an opportunity to learn where my growth areas are, where my strengths are and to continue to work at it.