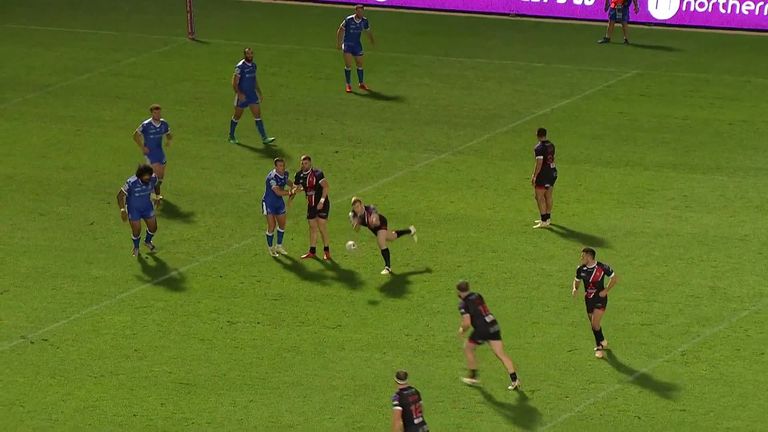 Salford secured their best Super League finish with a 17-16 Golden Point extra-time win over Hull KR, who stay up regardless of the defeat following London’s defeat at Wakefield.

Krisnan Inu kicked the decisive drop goal with a minute of extra time remaining to seal third place and a trip to Wigan in the play-offs next Friday.

These two teams played out one of the most dramatic Golden Point games ever when Gareth O’Brien’s drop goal relegated Hull KR in 2016. Though the stakes were not as high here, it was a dramatic and historic finale for Ian Watson’s team. 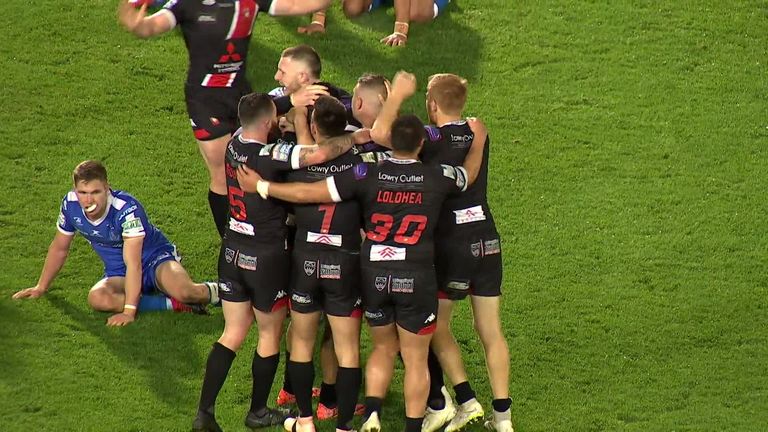 KR were one of four teams that could have been relegated at the start of play, with London, Huddersfield and Wakefield also in jeopardy.

The night elsewhere did not prove to be as dramatic as many expected, with Wakefield condemning London to the drop and making Hull KR’s result ultimately irrelevant.

Tries from Josh Drinkwater and Kane Linnett, as well as four goals from as many attempts, looked to have helped Rovers to a six-point victory. But with seconds remaining, Salford’s Joey Lussick scored from dummy half and Inu’s conversion took the game to Golden Point.

It was a memorable victory for the Red Devils who had won their last seven games, but a bittersweet night for retiring Rovers half-back Danny McGuire. The former Leeds man, one of the greats of Super League, missed out on the chance of 1000 career points – stuck at 999. Hull KR made the perfect start, scoring in the eighth minute when McGuire’s break split the Salford defence and the supporting Kyle Trout sent Drinkwater racing under the posts. Ryan Shaw added the conversion.

The visitors continued to dominate possession but they were guilty of some unforced errors which gave Salford some encouragement.

With eight minutes of the first half remaining, McGuire was sin-binned for obstruction as Jackson Hastings was prevented from taking a quick restart.

Salford were quick to take advantage of the extra man and once again it was Hastings with some quick-thinking. Play appeared to be going nowhere when Hastings took a pass 15 metres from the Robins tryline but his run made the most of the extra man on the left flank, passing to winger Jake Bibby, who scored in the corner. Inu was unable to add the conversion.

Inu was penalised for dissent with three minutes of the first half remaining, affording Shaw with the chance to go for goal and he made no mistake to make it 8-4 to the visitors. On the stroke of half-time, Craig Hall saw his drop goal attempt drift wide. Having looked decidedly clunky with ball in hand in the first half, Salford came out after the break looking much sharper. A superb pass by Hastings sent Niall Evalds racing clear and though Rovers scrambled back in defence, Salford scored moments later when a Tui Lolohea followed his own kick which took a deflection back to him and he scored.

Inu missed the relatively simple conversion, his effort hitting the post, but he did kick a penalty from more than 40 metres out soon after to edge Salford into a 10-8 lead.

The lead was to prove short-lived as Hull KR scored with almost their first attack of the half in the 58th minute. Shaw broke up the nearside touchline and his well-timed pass sent Linnett racing clear for a try which Shaw converted, later adding another penalty.