Saints shaky in the eight after Dons’ upset win 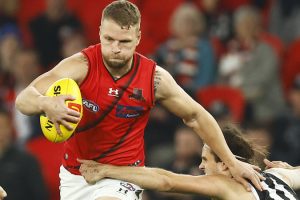 Jake Stringer responded to Ben Rutten’s rocket last week by lighting the fuse for Essendon to blow St Kilda out of the water with arguably the Bombers’ finest performance of the season.

The Saints started the night with the chance to rise to fourth but their hold on a place in the eight has suddenly loosened after the Bombers’ upset 35-point victory on Friday night.

The Saints have visions of September action, but were outplayed by a Dons side that has sat in the bottom four all season.

Apart from a five-goal burst at the start of the third term, the Saints were outplayed by a team that has fired mainly blanks this year.

The Dons have steadily improved since their shocker in Sydney but until Friday night that progress had not translated to wins.

They were put under the pump in the third term when they watched their 28-point lead at half-time evaporate in just 14 minutes.

The spark for Essendon came from Stringer, who was publicly berated last week by Rutten in his comeback game. The former Bulldogs star had just four possessions to half-time, but ignited his team with a scintillating third term. 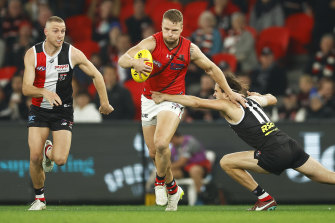 His first goal from long range snapped a run of five straight goals for the Saints and renewed belief within his team. Minutes later, with his confidence up, he was attempting audacious kicks off the ground for goal.

In a season where 13 wins may be needed to make the finals, this was a game the Saints could ill afford to drop. With Sydney to come next week at the SCG, the Saints could find themselves out of the eight.

There was little to like about their performance. Max King was held to just one goal by Jordan Ridley though the delivery inside 50 did not help. Jack Sinclair and Brad Hill found plenty of it across half-back but, such was the pressure exerted by Essendon, rarely could the Saints generate any meaningful run. 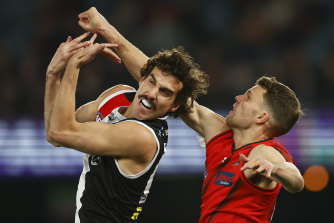 As part of the celebrations for Spud’s Game, St Kilda and Essendon teams were arm-in-arm in the centre circle before the first bounce.

Nathan Burke told Saints players to be courageous, fearless, relentless and selfless to honour Danny Frawley, but it was the Bombers who displayed those traits in the first half.

Though they made their share of mistakes, their endeavour and intensity could not be faulted, the product of several weeks of full-contact training.

The spark came from their half-backs, where Dyson Heppell, Mason Redman, Nick Hind and debutant Massimo D’Ambrosio were allowed to run the ball out too easily from defence.

Their forwards were lively, sweating on the Saints’ every move. Stringer set the tone with his hustle drawing an errant kick from Jade Gresham to set up the first of the Dons’ four goals in the opening term.

The Saints were off, their ball use sloppy. So concerned was Brett Ratten, he deployed forward Tim Membrey as a spare player in defence. It slowed Essendon’s scoring but did not help them score either.

The Bombers have found some handy talent in the recently reprised mid-season draft – and this year may be no different. There was a bit to like about D’Ambrosio’s senior debut. The teenage rookie from Richmond’s VFL team has been given the No. 42 formerly worn by Adam Saad, and with his run and left boot bears more than a small resemblance to his predecessor. D’Ambrosio, with 15 possessions, was part of the Dons’ running brigade from defence that provided much-needed verve to their ball movement.

If Rutten wants to show his players how easy can come from hard, then he should highlight the thrilling end-to-end passage of play that resulted in a goal to Peter Wright.

Unlucky not to be rewarded for Dylan Shiel’s desperate tackle in the centre, the Dons did not drop their bundle. Deep in defence, Andrew McGrath won a clutch one-on-one marking contest at the top of the square against Jack Higgins. From there, they spread the ball the width of the field, stretching the Saints’ defensive zone.

It resulted in Wright being able to take a big mark 20 out and convert. 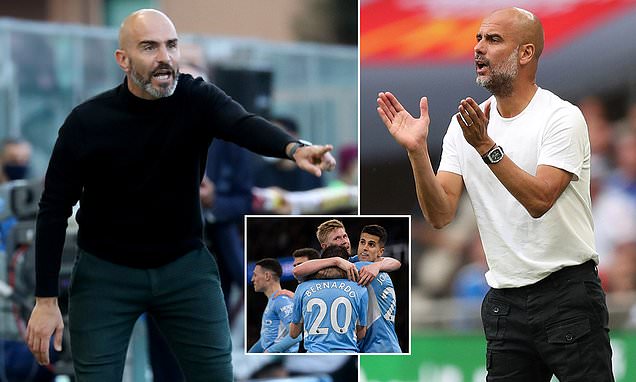