Home » Rugby League » Rugby: ‘I can’t get my head around it’: Coles admits big All Blacks concern

Rugby: ‘I can’t get my head around it’: Coles admits big All Blacks concern 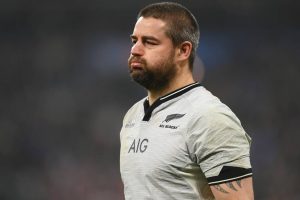 After their first trip to the Northern Hemisphere in two years, the All Blacks have learned they’ve got some work to do.

It was a clear and concise assessment provided by veteran hooker Dane Coles following the team’s 40-25 loss to France in Paris on Sunday morning (NZT), the team’s second defeat in as many weeks.

Due to the 2019 Rugby World Cup and the Covid-19 pandemic making travel impossible in 2020, the past five weeks have been a reintroduction to the way the game is played in the north, and just how much the nations up there are coming along.

The last time the All Blacks met Ireland was during the 2019 World Cup, where the All Blacks won 46-14. Last weekend, Ireland stifled their Kiwi counterparts to claim a 29-20 win. In their first test against France since a 49-14 win in 2018, it was the French side who came away with an impressive victory this time around.

In the last two weeks, as well as their loss to South Africa earlier in the season, the All Blacks have struggled to match their opponents in physicality and paid for it – something that you cannot get away with in the test environment.

“I’m not going to lie, that one hurt,” Coles said of Sunday’s match. “Physicality is your number one mindset. If you don’t have that, then you can’t get yourself into the game.

“I think with the Irish and the South African boys, we were definitely not where we needed to be. But it just seemed like the speed of the game today – that first 20 they just broke us on the outsides – and I suppose the physicality around our defensive lineout stuff wasn’t where it needed to be either. I definitely put it down to physicality in the first two tests, tonight was just… I can’t get my head around it at the moment.

“For us to be where we want to be, we’ve got to step up in that department. Teams are coming for us. I don’t have the magic words to make it all good, but we have got to sort it out in the next couple of years.”

With the World Cup now just two years away, the All Blacks are halfway through their preparations to wrestle back the Webb Ellis Cup. While they have been the benchmark in World Rugby for a long time, recent weeks have shown opposing teams are starting to figure out their style of play and what works against it.

It’s one of several areas the team will no doubt dwell on during their stay in MIQ over the coming weeks, with their slow starts throughout the northern tour another area of concern.

“We have to look ourselves in the eye and have those tough conversations. We can’t shy away from it. Those last two games haven’t been good enough. There’s always an expectation as an All Blacks to perform and put our hand up, and we haven’t done that in the last two weeks,” Coles said.

“I think we’ve blooded some really good players in, but we’ve been put under pressure the last couple of games, which is not good enough. We have to take everything out of it, dissect it and we need to be better going forward.”