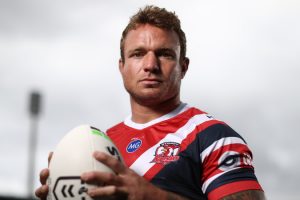 Sydney Roosters skipper Jake Friend has started informing his closest friends and teammates that he will retire immediately from the sport.

The veteran hooker, who has suffered 20 concussions throughout a decorated career, last night informed his closest confidants at the Roosters that he will not play another game in the NRL after 264 games and 14 seasons at the top level. 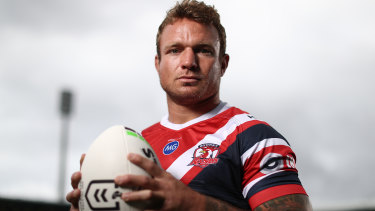 Jake Friend has begun telling his teammates that he will retire immediately from the NRL.Credit:Getty Images

Friend, who will go down as one of the club’s greatest competitors, was heavily concussed at the Sydney Cricket Ground following a head knock in the opening round victory against Manly.

It was his third concussion in six months, prompting serious conversations about his welfare and health if he decided to return to the field.

Part of the reason Friend has decided to hang up the boots is because the perspective he gained from the birth of his first child just days before he suffered the career-ending head knock in his side’s thumping victory over the Sea Eagles.

The Sydney Roosters are expected to make an official announcement in the next 48 hours. The club is now finalising the financial implications of his decision to retire. The Roosters won’t be entitled to salary cap relief for the remainder of the season.