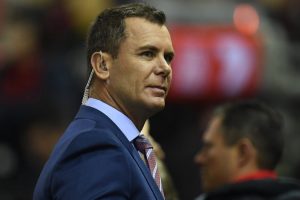 Wayne Carey will not face charges over an incident at Crown Perth where a packet of powdered substance fell out of his pocket and onto a gaming table.

In a statement released on Thursday, WA Police confirmed their investigation into the September 1 incident had been completed. 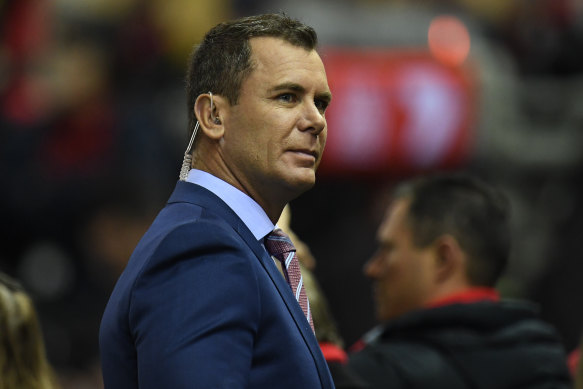 “This investigation has been finalised and no criminal charges have been preferred,” a spokeswoman said.

Crown security escorted Carey from the casino and later from his hotel room following the incident, but police were not called until days later.

Carey maintains the powdered substance was anti-inflammatory medicine he took for pain.

The Seven Network suspended Carey’s media commitments pending a police investigation and Crown banned the former footballer from its venues for two years.

Triple M said last month that Carey will not be part of its AFL commentary team next year.

Carey was in Perth to commentate on the elimination final between Fremantle and the Western Bulldogs when the incident occurred.

“If there was any suspicion by any person that there were drugs possessed or drugs obtained or in the possession of authorities down at Crown I would have expected a phone call to police to manage that matter, that is a police matter if it was in fact drugs, and I can’t make that conclusion because we don’t have the drugs in our possession, neither do Crown,” he said.

Blanch said detectives reviewed CCTV of the gaming floor and hotel as part of their investigation, but officers were on the “back foot from the beginning” due to the delay in being informed of the complaint.

Josh Bornstein of Maurice Blackburn lawyers was retained by the retired AFL star after the incident to investigate a possible disability discrimination claim against the casino.

“Mr Carey is prescribed anti-inflammatories and pain-killing medicine to help manage the significant pain caused by debilitating football injuries – including a shoulder that needs replacing and a neck injury that requires three discs to be replaced,” the law firm said in a statement last month.

“Mr Carey is distressed that the casino actions have led to media attention leaving the public to also wrongly assume the bag contained an illegal drug.