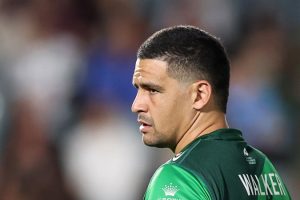 Cody Walker has not been charged by police over a late-night incident outside a Central Coast hotel while South Sydney have commenced preliminary talks about extending the contract of his rookie halves partner Lachlan Ilias.

Souths informed the NRL integrity unit on Friday about Walker being the subject of a police investigation following reports of a fight outside premises in Terrigal the previous weekend.

Walker had played his 150th NRL game at Central Coast Stadium last Friday week with plenty of family and friends in town for the special milestone.

It was suggested that Walker was wrestling with his brother and friend and was told to go to bed because of the noise.

NSW Police on Saturday released a holding statement, which read: “Just after 2.30am on Saturday 30 April 2022, police were called to a Terrigal hotel, after reports males were fighting outside on Pine Tree Avenue.

“Following an investigation by officers attached to Brisbane Water Police District – including a review of available CCTV vision, speaking with security, witnesses and parties involved – no further police action is anticipated.” 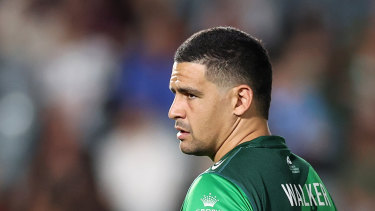 Cody Walker has been cleared by police following reports of an incident outside a Central Coast hotel.Credit:Getty Images

The integrity unit will still need to finalise their inquiries, but Walker is expected to avoid any sanctioning.

As the 32-year-old Walker tries to kickstart Souths’ spluttering attack, the Rabbitohs have started plans to extend halfback Ilias beyond 2023. The club is entertaining a two to three-year deal. Walker also remains in their plans beyond 2023.

The shadow of Adam Reynolds loomed even larger over Ilias on Thursday night after the homegrown hero produced one of his great games against his former club.

But Ilias said he was happy to ignore the talk about whether Souths did the right thing by letting Reynolds go, and revealed Reynolds made a point of offering some words of encouragement after the 32-12 defeat to the Broncos. 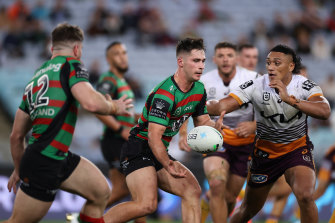 “‘Reyno’ told me to keep backing yourself, that I played well, and to not worry about anything; he said to keep playing your game,” Ilias told the Herald.

“He’s one of the best halfbacks in the game and for him to say that to me really means a lot – it means more to me than what he thinks.

“I appreciate everything he has done for me in the past and what he said to me after the game.

“[As for Souths], we’ve had some good games this year, and the games we’re losing we’re just not completing. It’s not about letting ‘Reyno’ go, it comes down to ourselves and dropping ball and giving other teams the opportunity to score.”

Reynolds said of his post-match chat with Ilias: “Lachie is a good kid, he’s going to be a great player, and what he’s already done is pretty remarkable. I told him to not listen to any hype about having to fill anyone’s shoes. He’s not me, he’s his own person, he’s ‘Lachie Ilias’.

“There are a lot of similarities [to] when I came into first grade. I had that expectation of having to fill the shoes of Chris Sandow. But I was a different player to him, and I didn’t need to do what Chrissy did.

“Lachie is the future of that club, he’s valued highly by his teammates, and he’ll do some wonderful things for Souths.”