Home » No ‘top dog’ replacement for McAvaney at Seven: Taylor

No ‘top dog’ replacement for McAvaney at Seven: Taylor 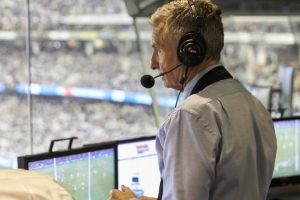 Channel Seven commentator Brian Taylor says there will be no “top dog” replacement for Bruce McAvaney but the network’s blue-chip AFL callers will find out on Thursday who will have the most prime-time exposure this season.

The football world was abuzz on Monday over just who will emerge the face of Seven’s coverage after McAvaney, 67, revealed on Sunday he had called his last AFL match and was now focusing on the Olympics and horse racing. 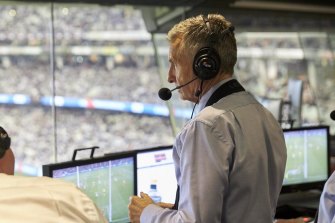 Taylor, the former Richmond and Collingwood forward, has enjoyed major exposure since replacing Dennis Cometti in 2017 as McAvaney’s fellow caller in the marquee timeslots of Friday night and Sunday afternoon.

However, Seven has been preparing a succession plan for some time, and also has prominent figures in James Brayshaw, 53, and Luke Darcy, 45, who have helmed the Saturday night coverage, and a floating Hamish McLachlan, 45, as potential replacements for McAvaney.

Taylor, 58, heaped praise on McAvaney on Monday and said he did not believe there would be a “top dog” or like-for-like replacement for arguably Australia’s greatest sporting commentator. 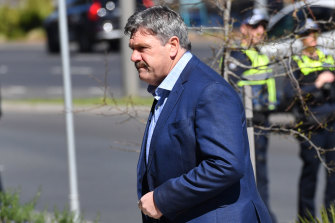 Brian Taylor has called alongside McAvaney for several years.Credit:Joe Armao

“I just think ‘how lucky was I?’ Everyone in the football world just wants to work with McAvaney. I don’t know anyone who wouldn’t want the opportunity to work with McAvaney and I have had quite a few years there with him. You just learn so much so quickly from Bruce. It’s just his way of handling people behind the scenes. He is just brilliant.

“It’s sad for all of us because he was our leader and our coach and our mentor and also he was the height bar at which we all wanted to achieve and chase.”

Seven’s AFL team will have its annual pre-season meeting on Thursday, where rosters for the new campaign will be revealed. While there may not be a new figurehead caller, at least in the short term, industry insiders will have a close eye on just who is given the most prime-time slots, including on Thursday and Friday nights.

Whoever impresses the most on and off camera would then be in the running for the ultimate prize – calling the grand final.

Brayshaw is likely to partner Taylor early in the season on a Friday, with the role then rotated.

Garry Lyon, himself a prominent radio and television caller, said on SEN radio on Monday that “there are some egos” that would need to be managed, and floated whether Eddie McGuire could join the network, a claim Tim Watson, a long-time Seven AFL special comments man, shot down.

Like all commentators, Taylor can polarise viewers, an issue he said he had addressed with McAvaney.

“What I do know is that there is not one commentator in the world where they are loved universally by 100 per cent of the audience,” Taylor said.

“That is something that Bruce has taught me. The maximum you can ever get to like you as a commentator is 50 per cent. That means 50 per cent don’t like you, so it’s a tough world.

“I don’t know whether he has spoken publicly about that but I have spoken to him about that. That’s just a fact – there are a lot of people who love a certain commentator, and others don’t.”

In 2019, Seven considered poaching prominent caller Gerard Whateley to be its frontman but that plan fell through.

Lewis Martin, Seven’s head of sport, said on Monday that the network had no intention now of adding any household names to its coverage, pointing out the likes of VFL callers Jason Bennett, Nigel Carmody and Jo Wotton were progressing well.

Seven said Talking Footy, its one-time flagship round-in-review show, which was cancelled last year as part of the financial fall-out of COVID-19, would not return but it had plans for a “footy magazine” style show.