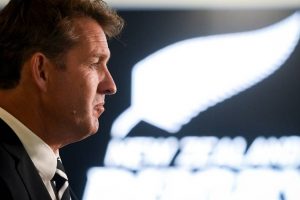 New Zealand Rugby could be a loss-making venture by 2025 and living off its capital reserves if it takes the deal with Silver Lake.

The national union will, according to an independent report by world renowned accountancy firm BDO, be running at an operational loss of almost $11m in four years if Silver Lake only deliver 50 per cent of their ambitious revenue growth targets.

The Herald has gained access to the BDO report which highlights the true level of risk NZR will be taking by agreeing a deal to sell 12.5 per cent of future commercial income to US fund manager Silver Lake.

NZR questioned the methodology of the BDO report, stating that: “NZR have reviewed the models presented by BDO and believe them to have a number of fundamental flaws.”

Specifically, the report highlights that Silver Lake would be entering the partnership with virtually zero risk as they are taking a 12.5 per cent share of net revenue – total income generated by the new company that will be formed, minus the costs of setting up and running that venture – and hence their returns are unaffected by the overall profitability of NZR.

NZR could suffer heavy seven-figure losses year on year and Silver Lake will still pull out millions for its investors.

There are no penalty clauses or punitive outcomes for Silver Lake if they don’t achieve their forecasts.

Silver Lake could catastrophically fail to meet their revenue projections- achieve only 50 per cent of their target between now and 2025 – and yet they will, according to the report, still bank $97m in annual distribution payments and enjoy an average return of 6.06 per cent on capital.

In this same scenario, NZR will endure an accumulated net profit loss of $43m and BDO states that if this happens, there will be significantly reduced ability to fund the near $52m of Critical Rugby Initiatives [CRI’s] – believed to be targeted community rugby investment – that are a key rationale for the national body wanting the Silver Lake deal in the first place.

The BDO report formed the basis of a presentation the New Zealand Rugby Players’ Association gave to the NZR board, provincial unions chairs and former All Blacks captains last week.

Following the presentation, NZRPA sent a memo to those who were in attendance, which states: “NZR as a whole is profitable in 2025 only because there is money in the bank, and this produces investment income. After the sale to Silver Lake, and assuming all revenue uplift targets are achieved, in 2025 New Zealand Rugby is an unprofitable rugby business and a profitable funds management business.

“We don’t think this is the right path for New Zealand rugby. The point was made that it is good for sports businesses to diversify income streams. We agree with this, but it cannot make sense to achieve this by selling 12.5 per cent of revenue forever, as a direct result of which the core business is unprofitable for a long time and possibly forever.

“We say the core operations of New Zealand Rugby could possibly be unprofitable forever after the sale to Silver Lake because, as we showed on the call, if Silver Lake achieve just 50 per cent of the uplift in revenue NZR is forecasting, this is exactly what occurs. All the way out to 2030 New Zealand Rugby’s operations are never profitable if the revenue uplift targets are missed by 50 per cent. “Worse, on the call we showed you that in this scenario from 2024 onwards reserves start to be run down.”

The report, which has been compiled using NZR’s own financial forecasts, also reveals what the deal will mean for the game in this country even if everything goes to plan.

Silver Lake, if they hit all their revenue growth targets, will take a total of $107m in distribution payments in the four years to 2025 and enjoy an average return on investment of 6.6 per cent.

NZR, however, will suffer an accumulated net profit loss of $7.7m over the same period – and will only be making money – $52m between now and 2025 – due to the interest it will accrue on its cash reserves.

The national body will, however, make $52m in interest it earns on the cash reserves it will have as a result of taking Silver Lake’s $387m to buy the stake.

But that scenario of living off interest payments is questioned by BDO and the NZRPA, who both say it makes little sense to effectively take Silver Lake’s money and then pay it back to them at a rate that would be higher than if the national body effectively borrowed the money from a bank or other mainstream financial institutions.

NZR has argued that it would be unable to borrow money in such a traditional means as it has no assets to secure the loan against, but NZRPA’s memo says: “Since the call we have asked two highly reputable financial institutions, who regularly raise money for New Zealand corporates, if they believe New Zealand Rugby can raise an appropriate amount of debt. Both said yes. Further, both would be prepared to assist.”

Earlier this week NZR released a 10-page document to refute the claims made by the BDO report.

NZR stated that: “BDO and NZRPA have selected preferential aspects of the Silver Lake assumptions to support their arguments, blended with alternate models, which we believe demonstrates a misunderstanding of the economic model that underpins rugby.”

NZR chair Brent Impey also said on Thursday that if the New Zealand Rugby Players’ Association deal blocked the Silver Lake deal, it would be: “The biggest own goal in the history of New Zealand sport.

“It would be a terrible mistake if the players don’t eventually support this deal; a really bad mistake.”