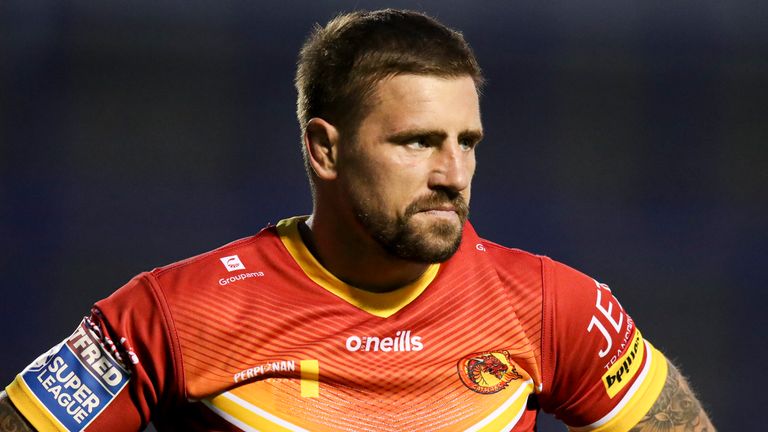 Catalans Dragons hooker Michael McIlorum has been banned for six matches after being found guilty of foul play in his side’s 26-14 Super League elimination play-off win over Leeds.

The suspension rules the former Wigan player out of the Dragons’ semi-final against St Helens on Friday and the Grand Final if they get there.

He will also miss the start of the 2021 season.

He challenged the severity of the grading but an operational rules tribunal upheld the Grade B charge and increased the ban to two matches and imposed a £500 fine.

The Ireland international was also charged with a Grade F charge of “other contrary behaviour” after lifting an injured Dwyer up off the ground and was facing a separate ban of eight matches or more.

McIlorum pleaded guilty to the charge but succeeded in having it reduced to D and the tribunal imposed a four-match suspension, with no fine.

The suspension is a blow for the Catalans, whose first-choice hooker has started all but two of the Dragons’ 16 league and cup matches in 2020.