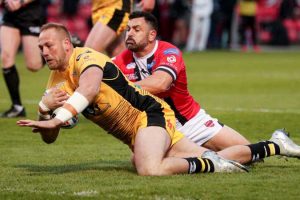 An evenly-fought first half saw a penalty from Danny Richardson edge the Tigers 14-12 up as the hooter sounded, with Greg Eden and Liam Watts crossing for Daryl Powell’s men and Kevin Brown and Andy Ackers replying for Salford.

But a try from interchange man Cheyse Blair saw Castleford seize the initiative two minutes after the restart. Jake Trueman also went over and Richardson kept the scoreboard ticking over by nailing six from seven with the boot, while the Red Devils were not helped by having Lee Mossop sin-binned. 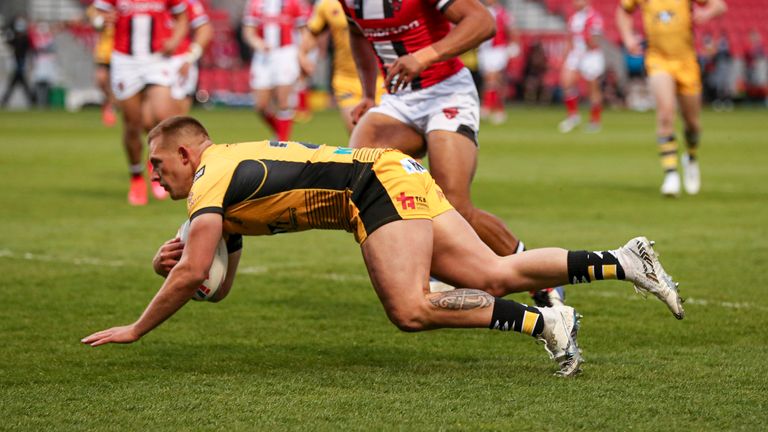 The result ensured the visitors bounced back from defeat to Wigan Warriors the previous week and they took the lead in the sixth minute on the back of smart play by Richardson, who replaced Jordan Turner in the halves.

With the ball spilled by Elliot Kear, the half-back took advantage and his pin-point kick to the wing was taken by Eden to finish for a converted try.

Six minutes later Salford tied it up through experienced stand-off Brown. A brilliant leap by the returning Kallum Watkins claimed Tui Lolohea’s kick and he passed for his half-back partner to touch down between the sticks. 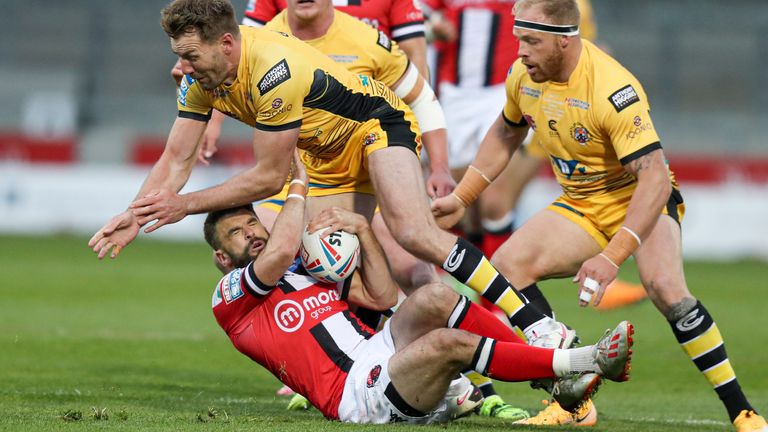 The Red Devils made them pay in the next set when hooker Ackers dived over from dummy-half and Harvey Livett’s kick was on target to give the home team a 12-6 lead.

But that did not last as Castleford hit back soon through Watts. After Paul McShane broke through, he found Michael Shenton in support who then put the interchange prop over for the try which was converted by Richardson to bring the scores level.

The half-back then slotted a penalty goal from near halfway right on half-time to put the visitors 14-12 in front at the break.

In the second half the Tigers extended their lead quickly when Blair won the race to ground Trueman’s kick and Richardson continued his perfect record to make it 20-12. 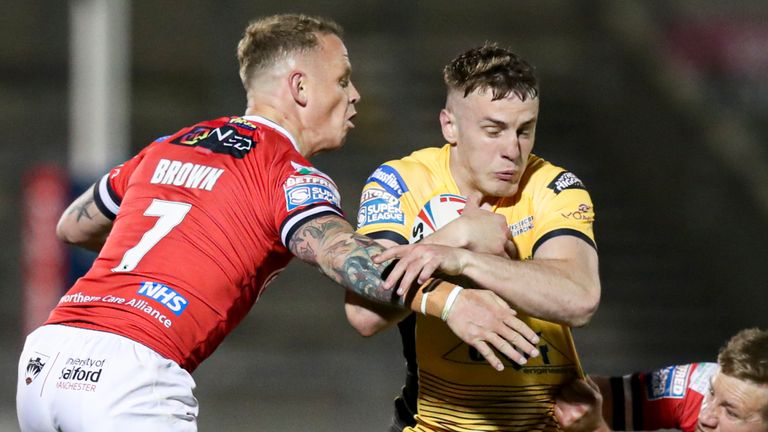 In the 52nd minute Ackers went close to sniping over again for another try but was held up and six minutes later Richardson slotted another goal, his fifth of the night, to push Castleford further ahead. Then Trueman sealed the victory in the 60th minute when he stepped his way over for an unconverted score.

With 12 minutes left Richardson was hit late by Mossop and the Salford prop was sent to the sin-bin. The half-back dusted himself off to land the ensuing penalty.

There was still time for Brown’s chip kick to send Lolohea over for a try to give Salford some hope, but it was not enough. 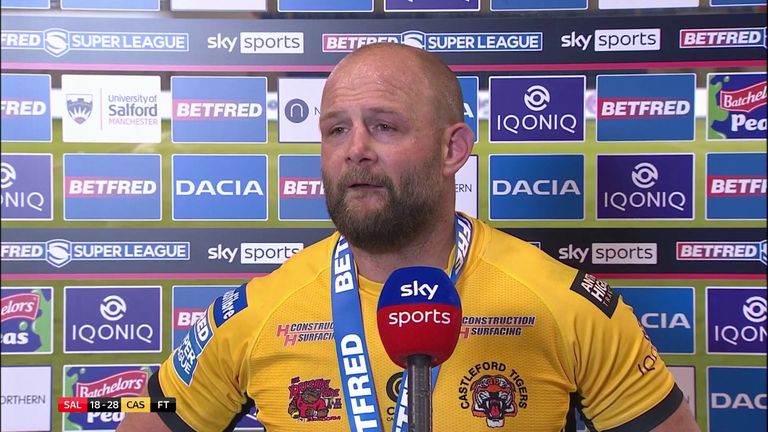 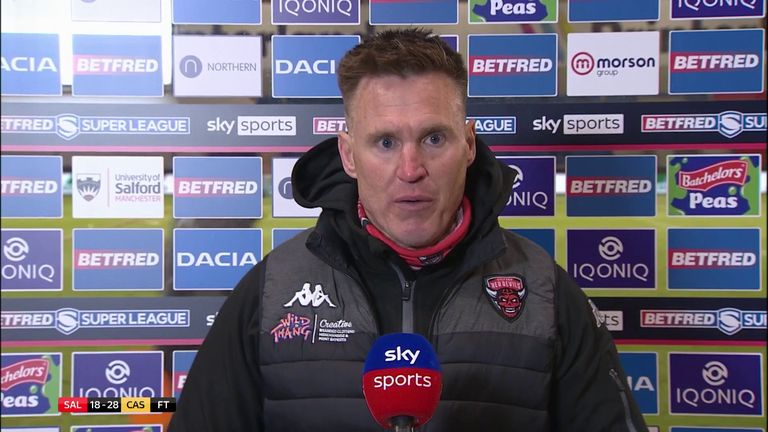 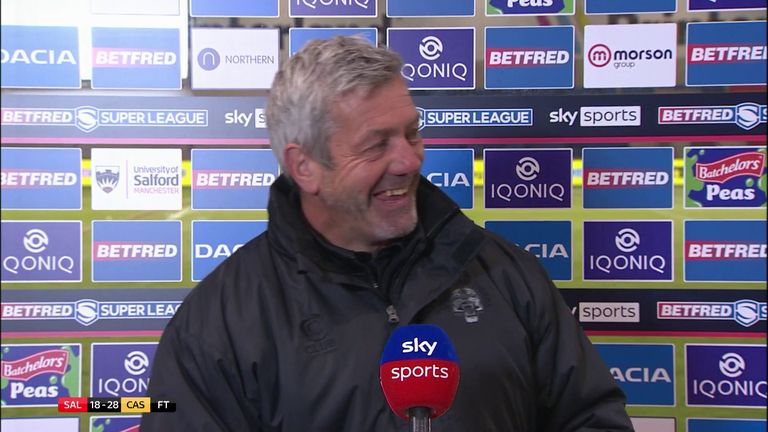