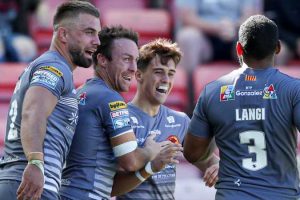 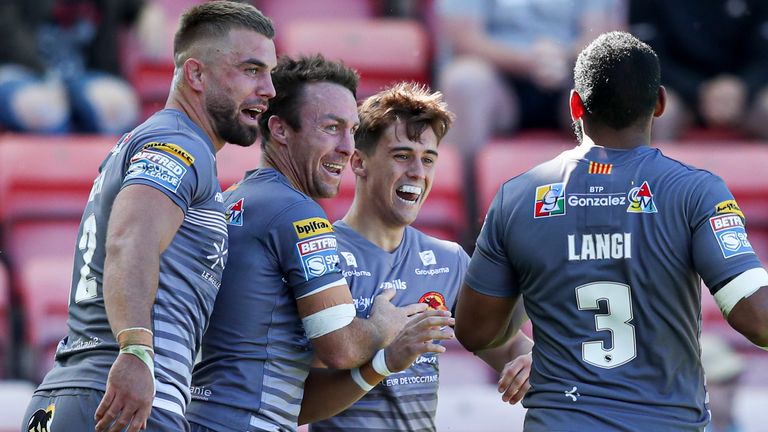 Catalans Dragons maintained their best-ever start to a Super League campaign
with a tense 36-30 win over bottom club Leigh to go top of the table.

It was a victorious return to the scene of the lowest point in the French club’s history, the Million Pound Game at the Leigh Sports Village in 2017 when they were 40 minutes away from relegation.

Steve McNamara’s men managed to overturn a 6-4 half-time deficit that day to win 26-10 and they again had to come from behind to spare their blushes and clinch an eighth win from their nine league matches so far.

The visitors led 36-18 at one stage before the Centurions produced a late fightback to ensure a tense finish and a second successive battling defeat for caretaker coach Kurt Haggerty.

Architects of the Catalans’ victory were Australian half-backs Josh Drinkwater, who was in the Centurions team that lost to his current club in that relegation decider, and James Maloney, who kicked six goals and scored one of his side’s six tries.

It was a 10th defeat from as many games in their first season back in the top flight but Leigh’s performance suggested that all is not lost, especially now with Ben Reynolds and Joe Mellor in tandem at half-back.

The French side were in generous mood from the start and the Centurions needed no second invitation. Reynolds, back from suspension to link up with Mellor for only the second time, picked off a Maloney pass just two minutes into the game and held off the chase of Mike McMeeken to score a glorious 90-metre interception try. 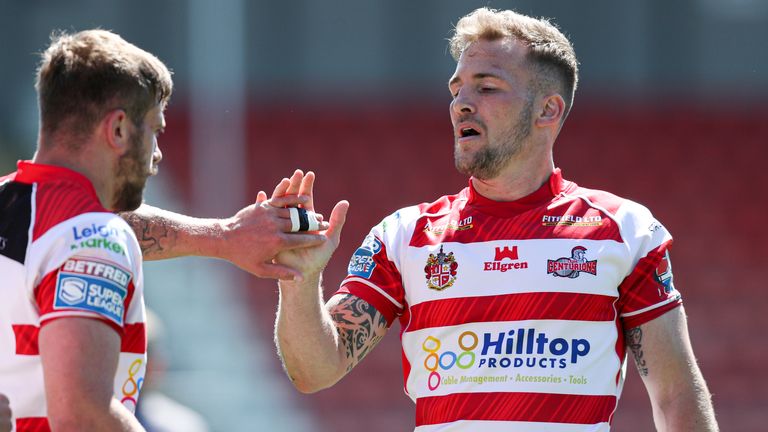 Winger Brendan Elliot had 80 metres less to travel after intercepting Drinkwater’s pass 10 metres out from the Catalans line to score his first try in English rugby league, while second-rower Matty Gee also opened his account for the club when he dummied his way over for Leigh’s third try in the 23rd minute.

Ryan Brierley converted all three tries as the Centurions led 18-6, but that was as good as it got for the home side.

Drinkwater had briefly levelled the scores following a superb offload by centre Dean Whare and the scrum-half put in an inch-perfect grubber kick for Maloney to score the visitors’ second try before half-time, when they trailed 18-12.

If the game was still in the balance, it tipped irretrievably away from Leigh as the Dragons struck a purple patch in the third quarter. Drinkwater somehow palmed the ball back from Maloney’s kick inches from the dead-ball line to hand a try to another former Leigh player, Samisoni Langi, and winger Tom Davies celebrated his England call-up with a spectacular dive to claim his eighth try of the season.

The Centurions simply could not work their way out of their own half and the Catalans piled on the agony, with Sam Tomkins putting second-rower Benjamin Jullien through a gap for a try and pacy replacement Arthur Mourgue skipping through for a solo effort.

At 36-18, it looked all over but Leigh hit back with two tries in four minutes to ensure a tense finale as second-rower Ben Hellewell forced his way over and Brierley finished off a break by Junior Sa’u followed by kicking his fifth conversion to close the deficit to just six points before the Centurions ran out of time.