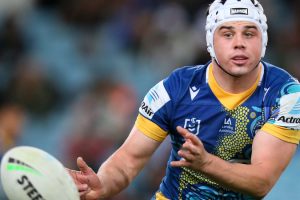 Reed Mahoney will be on the move after the 2022 season after agreeing to a four-year deal with the Canterbury Bulldogs.

In a huge blow for the Parramatta Eels, Mahoney has decided to reject a three-year extension from the club to link with their arch rivals from 2023. 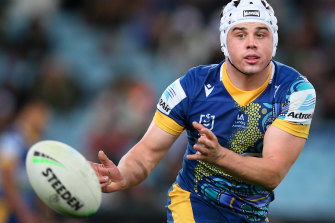 Reed Mahoney will be joining the Bulldogs.Credit:Getty

The hooker has been in the headlines for the past fortnight after he was spotted having dinner with Bulldogs officials at Canterbury Leagues Club earlier this month.

Sources with knowledge of negotiations told the Herald that Mahoney has accepted a four-year deal at the Bulldogs worth around $650,000 a season.

The Eels recently upped their offer but were still close to $100,000 short in each year of the deal, as well as offering one season less than the Bulldogs were willing to offer.

The 23-year-old called Eels coach Brad Arthur on Thursday to inform him of his decision to return to the club he represented as a junior.

The news of Mahoney’s signature comes a week after the club secured Penrith backrower Villiame Kikau’s services on a four-year deal worth $800,000 a season from 2023.

The Bulldogs are willing to release Nick Cotric, Luke Thompson and Corey Allan to clear up space in the salary cap.