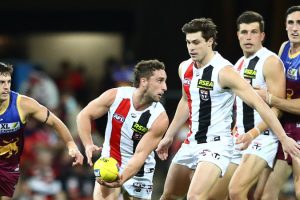 St Kilda have dropped Luke Dunstan for their final match of the season, despite the ball-winning midfielder being among their biggest contributors against Geelong last Saturday.

The out-of-contract Saint has been revitalised in the second half of this season after being recalled to the team in round 12 for just his third game in two seasons, proving his toughness and ability to win the ball. 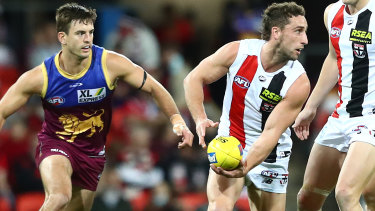 However, the Saints appear to want to reward Jack Bytel while playing Jack Steele and Dan Hannebery as their key inside midfielders in the final match.

The Saints also recalled Ben Long, who was left out of the team in round 21 as the club continues to drive a lift in professionalism among the group, and ruckman Paul Hunter. 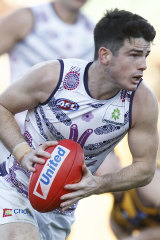 Max King, who threatened to be the match-winner against Geelong, misses after aggravating his adductor injury just before quarter-time last week. Ryan Byrnes has been dropped and Darragh Joyce was concussed in a Tom Hawkins tackle.

The Dockers regained Andrew Brayshaw after suspension for their must-win match against the Saints, but lost Lachie Schultz and Connor Blakely to injury.

Essendon remains unchanged from the team that beat Gold Coast as they look to beat Collingwood to qualify for the finals in Ben Rutten’s first season as coach.

The Bombers will face a threadbare Collingwood attack with Brody Mihocek out suspended. The Magpies regain Jeremy Howe, while Jay Rantall and Tom Wilson get their first senior games under interim coach Robert Harvey.

North Melbourne will play Adelaide without skipper Jack Ziebell, who has a calf injury, and the unlucky Charlie Comben, who broke his collarbone at training this week, just days after making his long-awaited debut. Bailey Scott and Lachie Young have been dropped.

However, Phoenix Spicer will make his debut – the 11th player to play his first game for the club in 2021. The Kangaroos rate Spicer highly but he battled early in the season after injuring a hamstring. Veteran Shaun Atley returns alongside improving defender Atu Bosenavulagi. 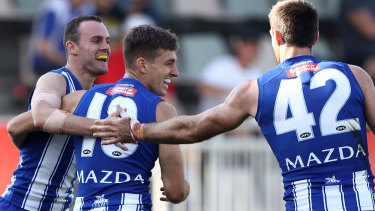 Although the Kangaroos will finish bottom, they would like to beat Adelaide, which sits a game and a half clear of them in 17th spot.

Meanwhile, Jarrod Brander will play for the Eagles against the Brisbane Lions after Jack Redden withdrew due to illness.