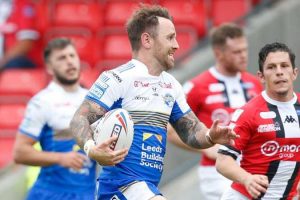 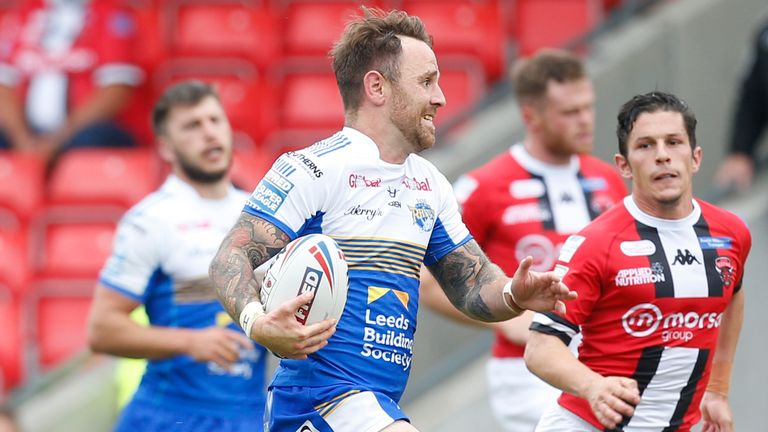 Leeds Rhinos coach Richard Agar was pleased with the way his side adapted to playing with reduced numbers as they defeated Salford Red Devils in an ill-tempered Betfred Super League clash which produced two red cards and three
yellows.

Playing their first game in more than a month after a Covid outbreak saw two fixtures postponed, the Rhinos brushed aside second-bottom Salford 38-12 with two tries apiece from Jack Broadbent and Richie Myler.

The game was marred by a double sending off in the first half which saw Salford’s Lee Mossop red-carded for flooring Konrad Hurrell of Leeds before Rhinos forward Bodene Thompson was sent off for his role in the ensuing brawl.

Three yellow cards were also shown and for a time at the start of the second half, it was 11 against 11.

Agar said: “It was quite an eventful game. I am pleased to get the win and I thought we shared the workload really well. The referee was brought into the game rightly or wrongly but I thought we handled playing with 11 and 12 men ok. We showed a terrific desire defensively.”

Myler was singled out for praise by Agar, who said: “Myler organised his line great. He is a player who has proved his ability over a long period of time and he has been a revelation for us at full-back. The quality and selection of his
passes were outstanding.”

Agar felt his side were always in control irrespective of the red and yellow cards.

“In the first half, we felt we were on top and making headway. But we spilled a few balls and felt we were let Salford back in the game. I knew if we could eradicate those errors, it was a game we could win comfortably,” insisted the Leeds boss, who said he did not get a view of the red-card incident which saw Mossop and Thompson sent off. 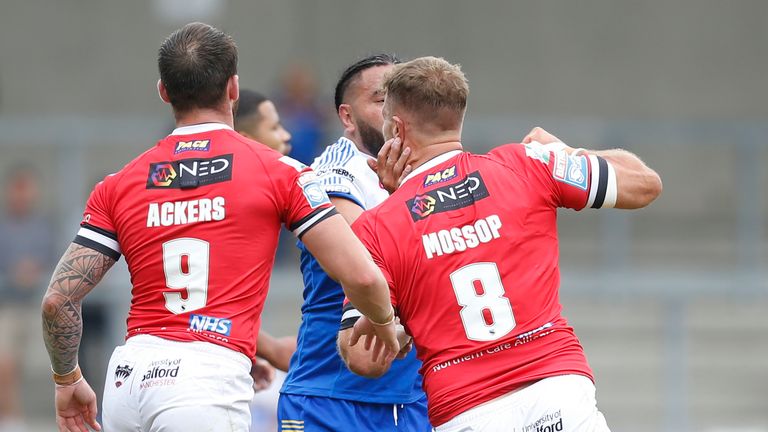 “I missed the whole thing because I was following play. I have not had a look at any vision of it so it would be wrong of me to comment,” he added.

“I thought we adapted well because we have been training with 11 and 12 men for a while now. That’s how we spent the last two or three weeks practising.”

Agar also praised the contribution of the players who lined up despite playing for England on Friday.

He said: “It’s fairly challenging as a sport and we shouldn’t be getting into positions like this. We don’t want to flog them to death during the season.”

Agar added that Leeds would probably be without Gale and Hurrell for their game against Leigh Centurions on Thursday after both suffered injuries.

Salford coach Richard Marshall said his team need to work on their discipline and their performance was not up to scratch. 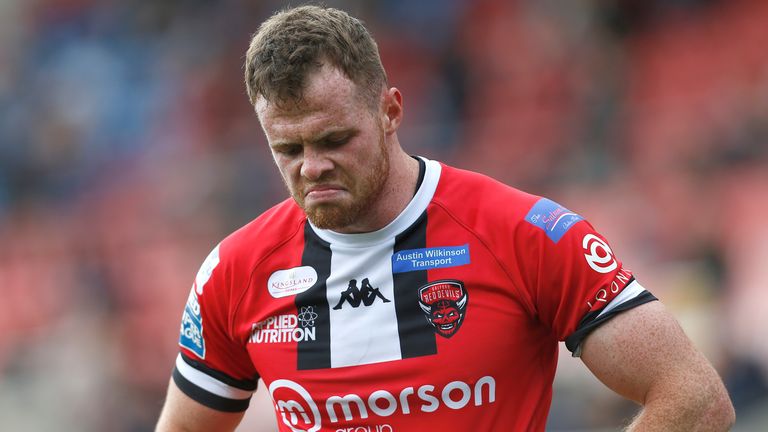 “The performance wasn’t good enough today,” said Marshall. “We got unravelled around the middle and done on the edges.

“At times I thought we were ill-disciplined. It was a mess of a game. I think Leeds took their opportunities and we didn’t build any pressure. It’s tough to take. We thought Leeds were there for the taking.”

Speaking about the first-half red card incident, Marshall said: “Hurrell ran after him, Mossop was defending himself. It was an act of self-defence in my opinion. There was nothing in the contact of the tackle.

“You have got to deal with what’s in front of you. It wasn’t a good spectacle for our fans – we are in a dogfight and we need to keep fighting.”