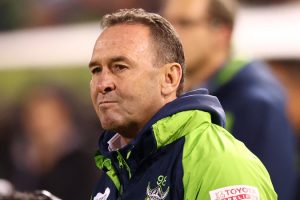 Frustrated NRL coaches were at a loss to explain why their game was shut down, despite following strict COVID-19 protocols, while racing at Eagle Farm continued in Queensland on Saturday.

The coaches were also split on whether midweek games were the best option in a bid to finish the NRL regular season on time.

Canberra coach Ricky Stuart had been preparing for a 5.30pm game against Newcastle. At various stages, he thought they were about to race to Townsville, then Canberra, only for the match to be postponed altogether.

“I’m bewildered we haven’t played this weekend,” he said. “These Saturday games have been postponed, yet I’m here watching the Brisbane races all day right now. I don’t get it.”

South Sydney coach Wayne Bennett flew to Rockhampton and only learnt the 3pm game against St George Illawarra had been scrapped when his plane touched down. The players remained on the tarmac, waited for the plane to refuel, then flew straight back to their Gold Coast base.

Bennett said the players could not have done any more in terms of ensuring they were free of COVID and that there was no threat to the Rockhampton community, where there have been no cases. Some fans had even travelled more than three hours one way to witness the first NRL game in the region. 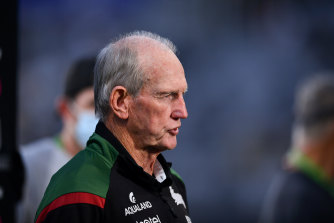 Wayne Bennett said the players could not have done any more to satisfy the Queensland government’s COVID protocols.Credit:NRL Photos

“The tragedy about Rockhampton is it’s not in a red zone – it’s not a COVID hotspot area,” Bennett said. “We have never been so prepared for COVID like we are today. We weren’t prepared like this last year and we still got through the season.

“We’ve been tested on numerous occasions, we’re COVID free. We’ve been living in bubbles until two days ago, but we’re still in a bubble and complying.

“When we went up there today, we knew we weren’t to mix with crowds, which was all part of [the agreement]. You have to ask the Queensland government why they did what they did. I don’t understand why it’s come to this.”

Dragons coach Anthony Griffin was raised in Rockhampton and naturally disappointed he could not feature in the historic game in his old neighbourhood. 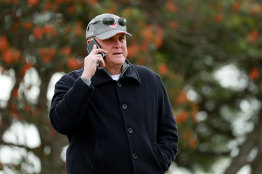 The Dragons were due to leave their Brisbane hotel about 10.45am for an 11.30am charter flight when the club’s general manager Ben Haran told them the game was under threat.

Griffin said the players waited an hour in the team meeting room before the game was postponed.

“I just feel for the people up there; it was the first time they were going to host an NRL game and to have it called off just a few hours beforehand, it’s devastating for them,” Griffin said.

“Hopefully us or another club gets up there the next few weeks and plays a game.

“They sold 5000 tickets in 20 minutes when they went on sale at the start of the week. They travel from Emerald, Blackwater, all those country towns – it’s a rich, blue-collar rugby league area.”

During the frantic hour as the Dragons waited, Griffin said there were suggestions their game could be moved to Townsville or even Canberra.

Raiders boss Don Furner later confirmed the ACT government was happy to accommodate the Raiders-Knights clash on Sunday, but both teams needed to have left Queensland by the 4pm lockdown. There were also concerns about returning to the Sunshine State.

Griffin said the players had taken the news well but were naturally flat.

The prospect of playing catch-up games midweek was met with a mixed response.

Griffin said playing three games in 14 days was doable but not ideal, while Bennett was not a fan of the idea at all, especially this close to the finals and with top-four and top-eight spots on the line.

Penrith coach Ivan Cleary was preparing an undermanned side for the 7.30pm blockbuster against the Melbourne Storm when word filtered through mid-morning they had less than an hour to get packed for any scenario.

Never miss a medal or great sporting moment with our Olympic update emailed daily. Sign up for our Sport newsletter here.