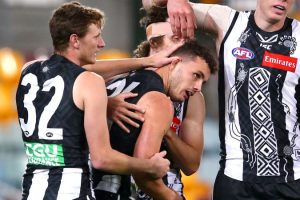 Mature-age pair Flynn Appleby and Sam Skinner have been unable to sufficiently impress North Melbourne during the pre-season to earn a spot on the Kangaroos’ list with both players let go by the club.

North confirmed to The Age on Monday that former Collingwood defender Appleby and ex-Brisbane Lions forward Skinner had both ceased training with the Roos and had not been offered contracts for 2021. 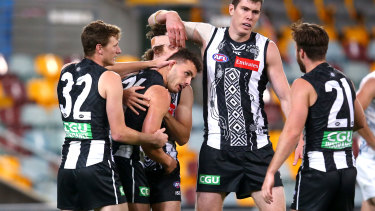 The pair had been vying to fill the Kangaroos’ remaining list spot via the pre-season supplemental selection period, which ends on March 9.

Both players appeared in last week’s practice match loss to St Kilda at Arden Street but neither was particularly prominent.

North could now keep a spot open to use at the mid-season rookie draft.

Appleby was delisted at the end of last season after 11 matches with Collingwood while Skinner endured a rough run with injuries during five years at the Lions in which he played three AFL games.