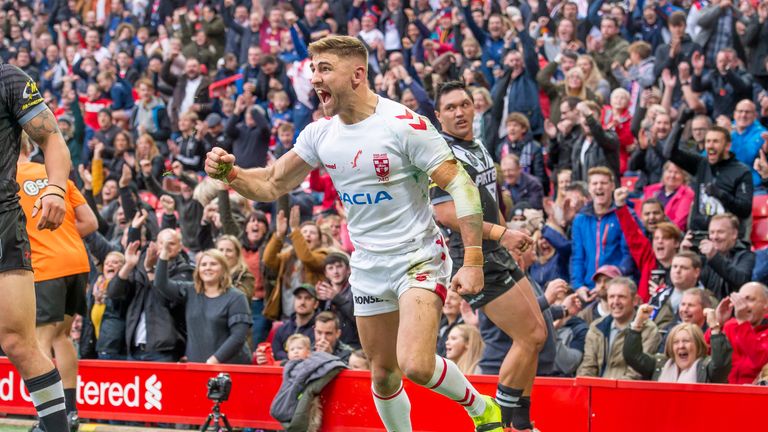 England winger Tommy Makinson has completed a meteoric climb to the top of the international tree by winning the 2018 Golden Boot.

The 27-year-old received his award on Wednesday night at the Rugby League International Federation dinner at Elland Road, the venue for Sunday’s third Test between England and New Zealand.

Under new rules introduced this year, the Golden Boot award is determined by performances in internationals from the 2017 World Cup final to last Sunday.

Makinson, who made his Test debut against the Kiwis in Denver in June, was chosen as the players’ man of the match in England’s first Test win in Hull and produced a stunning virtuoso display in the series-clinching game at Anfield, where he scored a hat-trick of tries.

He is only the fifth English winner of an award that was first presented in 1984 and follows in the footsteps of former national captains Ellery Hanley [1988], Garry Schofield [1990], Andy Farrell [2004] and Kevin Sinfield [2012]. 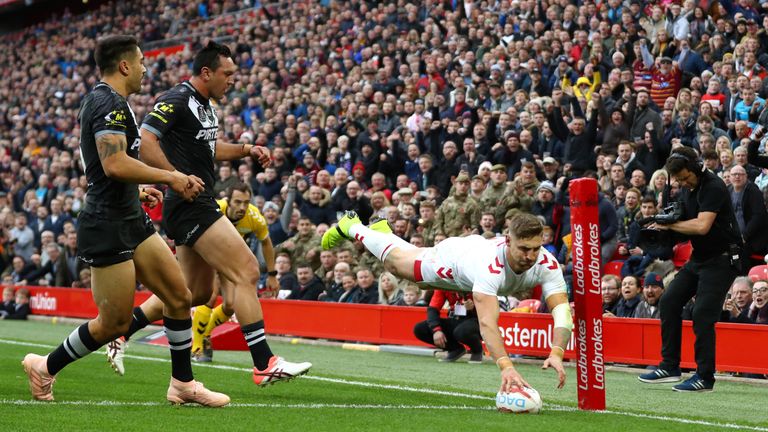 England head coach Wayne Bennett selected Makinson to plug the gap created by injury to record tryscorer Ryan Hall and admits he has been taken aback by his impact.

“If you look at the three games he’s had for England, he’s been outstanding, absolutely outstanding,” said Bennett.

“Ryan’s been wonderful and a great player for England but he [Makinson]still didn’t come onto my radar until this year, I didn’t know he was that good.” 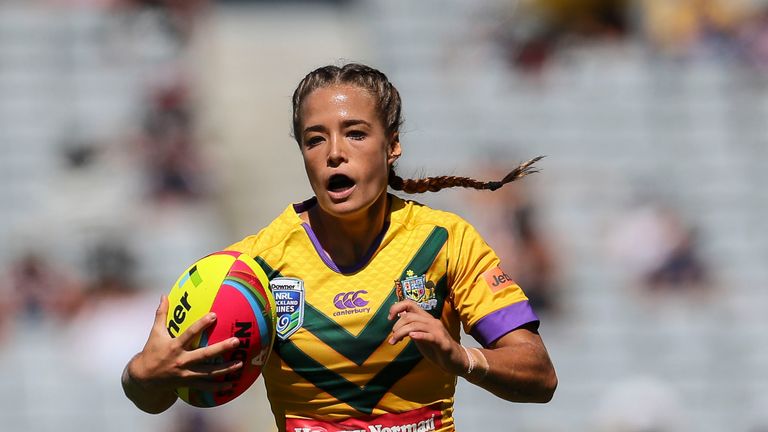 Kelly backed up her 2017 World Cup final performance with a two-try haul in the Jillaroos’ victory over the New Zealand Ferns in October.

The event doubled as the Rugby League Hall of Fame dinner at which former Great Britain internationals Andy Gregory, Derek Turner and Johnny Whiteley were elevated to the sport’s most exclusive club.

Gregory was a multiple Challenge Cup winner with Widnes and Wigan, Turner was captain of the all-conquering Wakefield team of the 1960s and Whiteley led his home-town club Hull to two Wembley finals, as well as enjoying Ashes-winning success as a player and coach.

Chris Rostron, head of Rugby League Cares, said: “Hundreds of thousands of players have played rugby league since 1895 and Johnny, Derek and Andy represent the best of the best.

“All three had stellar careers and quite rightly deserve their place in rugby league’s pantheon alongside the existing 25 members of the Hall of Fame.”