England forward George Burgess has been given a four-match ban after being found guilty of eye-gouging.

The South Sydney prop was summoned to appear at a disciplinary hearing over an incident during Sunday’s second Test win over New Zealand to answer a grade D charge of “behaviour contrary to the true spirit of the game”.

Burgess denied the charge at the hearing which was chaired by His Honour Judge Christopher Batty, with former Bradford forward Jon Hamer and Salford assistant coach Willie Poching, the one-time Samoa international who was nominated by the Kiwis, performing the role of side members.

Burgess, who was represented at the hearing by England team manager Jamie Peacock, will miss Sunday’s third Test against the Kiwis and the start of the NRL season.

A grade D offence carries a ban of three to five matches and Burgess received the top end of the tariff as well as a £500 fine. He has the option to appeal.

The match was held up for Kiwis full-back Dallin Watene-Zelezniak to have treatment for an eye injury, shortly after coming into contact on the ground with the former Bradford junior. 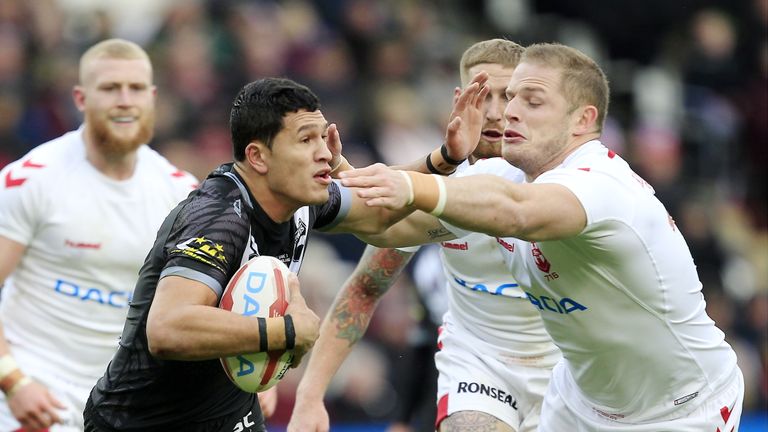 The incident, which occurred 20 minutes from the end of England’s 20-14 victory, went unpunished by referee Gerard Sutton and Watene-Zelezniak brushed off the clash in his post-match interviews.

However, the Rugby Football League announced on Monday that New Zealand cited the incident and they referred Burgess to a disciplinary hearing.

Burgess was recalled by England from a two-year absence for the opening autumn international against France and he also played in both games against the Kiwis so far.

The ban will leave England short of a specialist prop and will be a blow to the RFL, who had used George and twin brother Tom to promote the Remembrance Day jersey, which will be worn at the third Test.

England coach Wayne Bennett said, despite wrapping up the series with a game to spare, he would be loathe to make any changes for the third Test, but he will be forced to make at least two after hooker Daryl Clark broke a rib at Anfield.

Meanwhile, Sutton has been appointed to referee Sunday’s game, with England’s Robert Hicks, who was in charge of the first Test, named as reserve. Phil Bentham will be the video referee.