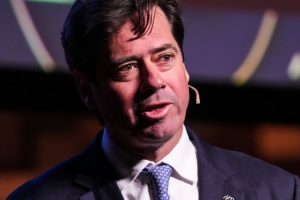 AFL chief executive Gillon McLachlan will remain in the top job until round five next season as the league continues its search for his replacement.

League presidents were informed on Wednesday that he had delayed his departure until after the new ‘magic round’ occurs in the middle of April with AFL staff told in the afternoon.

McLachlan had indicated he would remain in the role until after the investigation into allegations against Hawthorn officials had been completed while the collective bargaining agreement and approval of a licence for a Tasmanian team is yet to be completed. 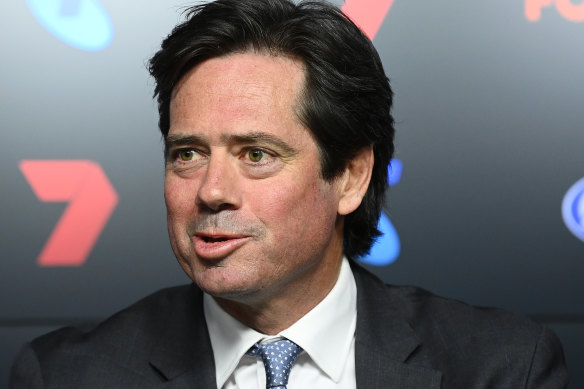 AFL CEO Gillon McLachlan speaks to the media on Tuesday.Credit:Getty