The biggest player watch today will be Jordan De Goey. All the talk is he’s fitter than he’s ever been. Let’s see it translate today 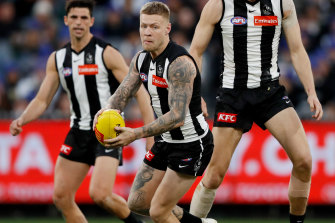 The medical substitutes at the MCG are Josh Carmichael (Collingwood) and Willem Drew (Port Adelaide). 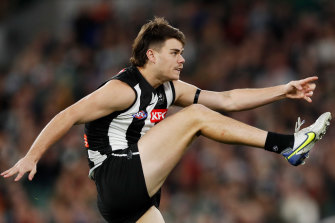 Lovely day for it

Clear blue skies at the MCG. No rain expected in Melbourne today, with a top of 14 degrees forecast.

The Power have arrived at the MCG

Collingwood gunning for 10 wins in a row

Collingwood’s fairytale season just keeps going and going, and today they will be aiming for a 10th win in a row for the first time since 2012.

Their nine-game winning streak has been extraordinary, with the average winning margin just 11 points in that period.

In fact, the Pies’ record in games decided by under two goals this year is 8-1 and six of their last eight wins have been by seven points or fewer.

There’s a reason why they’re being dubbed the “Cardiac Kids”.

Victory for Collingwood today could see them move up to third spot on the ladder with three games to go.

And while their record against the Power isn’t great, having won just three of their last 12 encounters, they love playing at the MCG with their last six games there ending in victory.

Port’s finals hopes might be extremely dim, but they’re still in the hunt, and they’ve actually been in good form recently, seriously testing premiership threats Melbourne and Geelong before losing to them narrowly.

The last time they played Collingwood at the MCG, the Power won by a point in Round 10 last year. 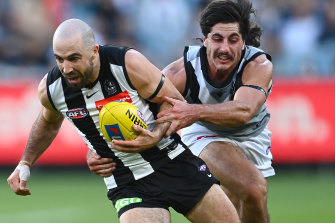 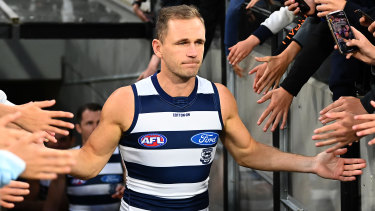 The Round 20 edition kicks off at the MCG where the never-say-die Magpies take on Port Adelaide.

And while that’s going on, Sydney derby No.24 will be taking place at the SCG between the Swans and Giants.

The twilight fixture pits St Kilda up against Hawthorn at Marvel Stadium, and once that concludes, we will get the match of the day between Geelong and the Western Bulldogs at Kardinia Park in what will be Cats skipper Joel Selwood’s 350th AFL game.

The other night match sees the Crows host Carlton at Adelaide Oval. 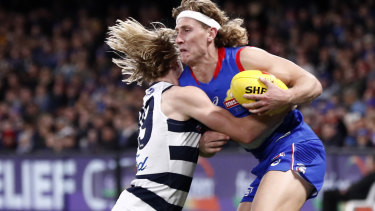