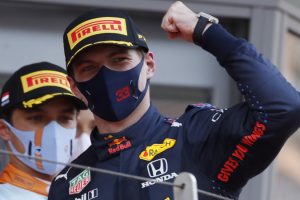 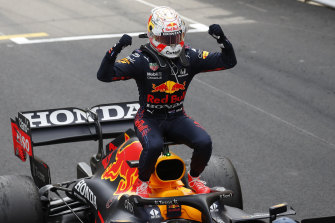 Hamilton finished seventh, with an extra point for the fastest lap.

“It’s so special around here to win and, also for me, the first time on the podium here. An amazing race,” said Verstappen, who had everything under control from start to finish.

Ferrari’s Carlos Sainz finished second after teammate Charles Leclerc, who had secured pole position after crashing in qualifying, was ruled out before the start with a driveshaft problem.

Leclerc’s chances of winning his home race from pole were dashed when he crashed with 18 seconds remaining in Saturday qualifying. He risked a five-place grid penalty if Ferrari changed his gearbox.

The team initially said the gearbox was fine, but about 20 minutes before the race, Leclerc drove to the garage. Two years ago, Leclerc retired early in Monaco in his first season at Ferrari.

The race director decided not to move Verstappen up from second to pole and left that space blank, giving Bottas more room to overtake on the inside. He never got the chance as Verstappen pounced at the start.

The podium was the Spaniard’s first since he joined Ferrari this year.

The victory was Verstappen’s second of the season and also the first time he had stood on the podium at the sport’s most glamorous race.

As Red Bull celebrated a breakthrough weekend, going top of the constructors’ standings by a single point, champions Mercedes dropped the ball.

“I don’t understand guys. I saved the tyres to go longer and you made me stop before,” said Hamilton over the team radio.