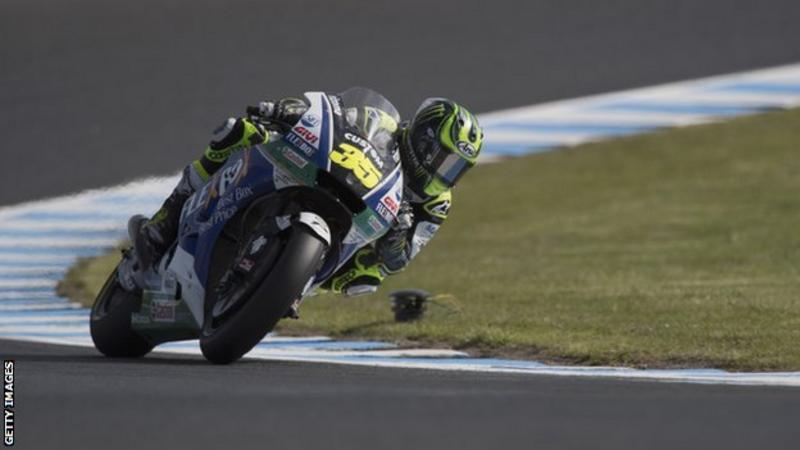 Britain’s Cal Crutchlow is out of Sunday’s Australian Grand Prix after breaking his ankle in practice.

Crutchlow, 32, had been fifth fastest in Friday morning’s session before the heavy accident at turn one at Phillip Island.

“He was taken to Melbourne Alfred City Hospital where he will undergo surgery to correct the injury,” said Honda.

The Briton is fifth in the overall standings, with two races to go after Australia.