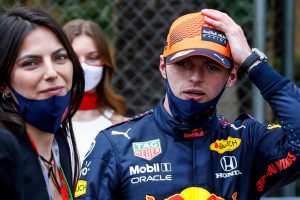 Max Verstappen has broken his silence with a fiery message after crashing out of the British Grand Prix in the opening lap.

The Red Bull driver started the Silverstone race on pole but lasted just half a lap after colliding with title rival Lewis Hamilton.

Verstappen veered off track and hit the barriers at 180 MPH, as Hamilton went on to win the race despite a 10-second penalty for his involvement in the crash.

And it's safe to say the Dutchman is not a happy man this evening.

"Glad I’m ok. Very disappointed with being taken out like this," the Red Bull driver and championship-leader wrote on Twitter.

"The penalty given does not help us and doesn’t do justice to the dangerous move Lewis made on track.

"Watching the celebrations while still in hospital is disrespectful and unsportsmanlike behaviour but we move on."

Hamilton defended his actions during the incident after winning the race, insisting he was in the right.

“I made a good start, but Max is a tough cookie to crack and of course he’s very, very aggressive," he said after his dramatic win.

“You always have to give him extra, give him space. I was alongside him down six, and he was bumping wheels with me, so I knew he was somewhere on the inside so I gave him space.

“The next one I was really happy with the move, I was really far alongside but I could see he was not going to concede.

“Anyway, he cut across me then we collided and I was quite frustrated, because we have to give space to one another.

“I knew I had the penalty and I was like, ‘you know what, I’m going to give it absolutely everything for the team and for the fans here, and we’ll see where we get’. I just never gave up.”

But Red Bull team boss Christian Horner was not happy with the Mercedes man throughout the race and after his victory.

“It shouldn’t be like that, to be honest with you," he said.

“Max has incurred a 51g accident. Lewis Hamilton is an eight-time world champion, he shouldn’t be making manoeuvres like that. It’s unacceptable.

“Thank goodness, the biggest result for us today is that he’s uninjured, he’s having to go to hospital for [precautionary checks. I hope Lewis is very happy with himself.

“Lewis has got more than enough experience to know that’s unacceptable and, as I say, I”m just very disappointed that a driver of his calibre should make such a move.

“It’s dangerous, he’s put a competitor at risk, it looked desperate and thank goodness uninjured, he’s in hospital getting himself checked out.

Hamilton is now just eight points behind Verstappen in the battle for the Championship.

And the pair will do battle in Budapest next time out before the summer break.