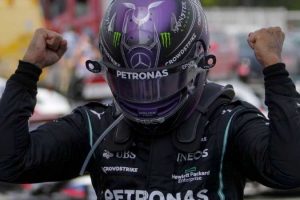 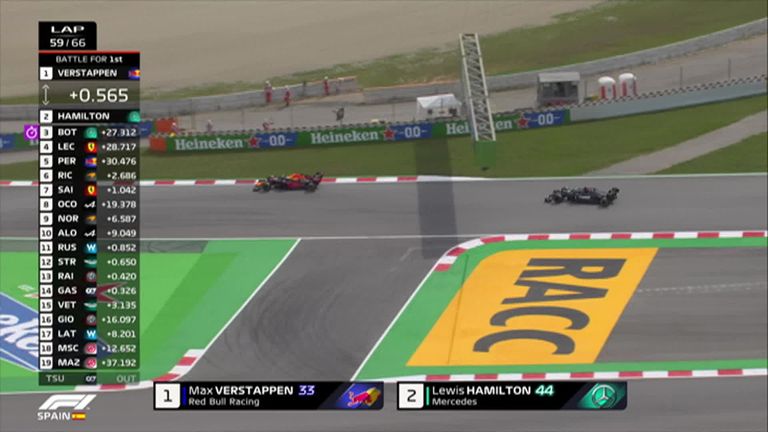 Lewis Hamilton pulled off a brilliant fightback win against Max Verstappen in the Spanish GP after overtaking his Red Bull rival in the closing laps at Barcelona to extend his world title lead.

Overtaken into the race’s first corner by Verstappen, Hamilton and Mercedes had their work cut out for a fifth consecutive win on a Spanish circuit that is notoriously difficult to overtake on – and so the team rolled the strategy dice with a second pit stop for fresh tyres to try and set up a grandstand finish.

Their seven-time world champion did the rest.

Hamilton returned to the track 22 seconds behind but was relentless in his pursuit and, catching Verstappen hand over fist with the advantage of fresh tyres, he overtook the Red Bull back into Turn One with six laps remaining.

“That was the might of Mercedes and the brilliance of Lewis Hamilton combining – and they caught Red Bull off guard,” said Sky F1’s Martin Brundle.

For Hamilton, it was a record-equalling fifth win in a row at the same venue, a third in four races this season, and a monumental 98th of his extraordinary career.

He extends his title lead over Verstappen to 14 points too.

Valtteri Bottas took third in the second Mercedes after losing early ground when he dropped behind Ferrari’s Charles Leclerc.

Leclerc took an impressive fourth with Red Bull’s Sergio Perez fifth after his qualifying struggle, and Daniel Ricciardo taking his best result for McLaren so far with sixth.

History repeats itself for Hamilton vs Verstappen

Across the last eight seasons in which they have enjoyed unparalleled F1 success, the Hamilton-Mercedes combination have regularly found different ways to win – and their latest triumph came from that glittering playbook.

Comparisons were immediately drawn to Hungary 2019 when Verstappen held the leading track position on a circuit where overtaking is also a formidable challenge without a big tyre advantage. On that occasion, Mercedes pitted Hamilton for a second time to set up a late charge and he raced back to claim the victory.

Two years on, history repeated itself.

“I was just hunting. I was so close for so long and I didn’t think in doing that I was going to be able to make the tyres last,” said Hamilton. “But I just managed to. It was a long way to come back from 20-odd seconds back but it was a good gamble, a really great strategy from the team.” 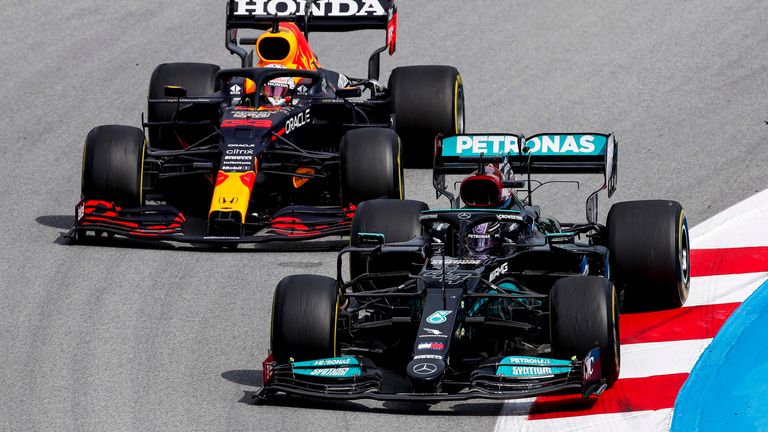 After being overtaken at the start, Hamilton consistently kept Verstappen within 1.5s range before the first stops and then again afterwards before Mercedes gambled on the extra stop.

“I was about to have a shot at getting past him before I pitted right at the end and I was really conflicted,” added Hamilton. “Do I come in or I do ignore the call and stay out? Obviously I did what the team asked and naturally that’s because there’s a great trust between us.

“Just a remarkable job by everyone in this team. What a day.”