Mercedes have been told Max Verstappen can do whatever Lewis Hamilton can do amid suggestions the Silver Arrows will pursue the Dutchman’s talents whenever the seven-time world champion retires from Formula One.

Hamilton has dominated F1’s hybrid engine era, winning six of the last seven Drivers’ Championships and only being denied by Nico Rosberg in 2016.

The Briton enters 2021 seeking his fifth straight world title and his eighth overall, to overtake Ferrari icon Michael Schumacher for the most of all time.

But at 36 and heading into his 15th season in the sport, Hamilton is into the twilight years of his career and Mercedes must soon identify who they want as his long-term successor and the team’s main title hope.

Hamilton is out of contract ahead of 2022 but has hinted that he will continue into next season, having declared an eighth title is not his sole motivation and that he will drive for as long as he loves doing so. 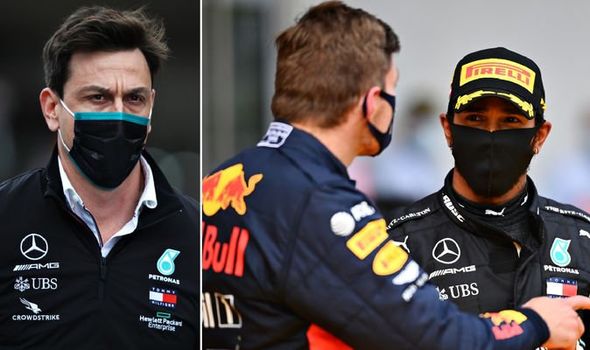 Williams’ George Russell is a contender for Valtteri Bottas’ seat, with the Finn also out of contract in less than 12 months’ time, but it remains to be seen whether the 23-year-old can succeed Hamilton as the leading driver or whether Verstappen will also .

Verstappen has been mentioned as a target with Red Bull’s Dutchman widely regarded as the second best driver on the grid after Hamilton.

And Dutch racing driver Nyck de Vries, who races for Mercedes’ Formula E team, reckons Verstappen has the capabilities to match Hamilton in the same car.

“In our sport, but especially in Formula One, the equipment you have is of course a big factor,” De Vries said to RacingNews365.

“I’m sure that whatever Lewis can do, Max can do too. Only Lewis is in that position though right now and he shows it every time. 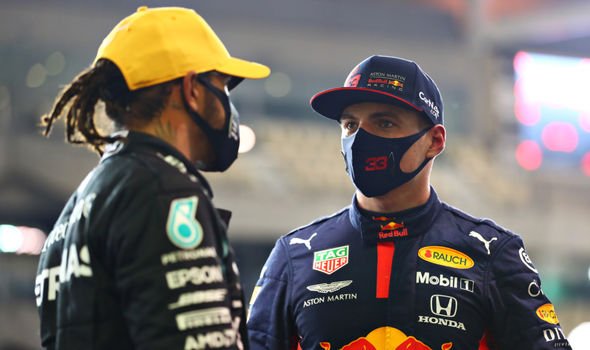 “But who is better, [Lionel] Messi or [Cristiano] Ronaldo? We will never be able to answer that.”

Verstappen is highly unlikely to ever come to Mercedes while Hamilton continues to drive for the Silver Arrows, meaning any swoop for the Red Bull driver will have to wait until after the defending F1 champion retires.

Discussing interest in Verstappen earlier this week, Mercedes chief Wolff said discussions will first be held with Hamilton and Bottas before thinking about recruiting a new driver for 2022, with Russell the most likely newcomer.

He said: “The symbiosis that we have in the relationship, it’s always that we have a mutual understanding of what we want to do in the future.

“And that will be also the case in the discussions with Lewis going forward. Max is certainly an outstanding young driver that will be on everybody’s radar in the future.

“But we are not flirting outside before we have a clear understanding with our two drivers.”

While Verstappen, 23, said himself of a prospective move to the Brixworth-based outfit: “At the end of the day, I don’t know what Lewis is going to do. 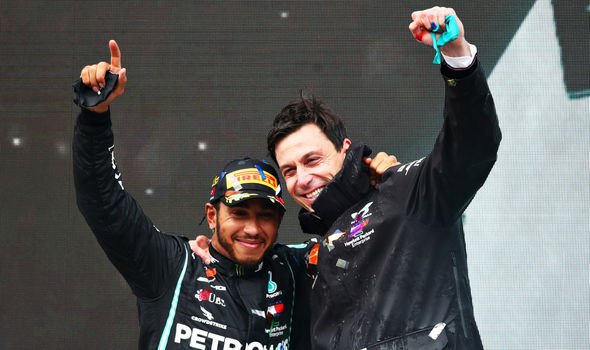 “But I just focus on myself, and I’m very focused on this year and trying to make it a success.

“It’s still early in the season, with only basically a shakedown [complete], so those kind of things, I’m not really thinking about at this stage.”

The Austrian said: “They are clearly the number one competitor. They have the same resources at their disposal and with Max they have a driver who can follow in Hamilton’s footsteps.

“And with [Sergio] Perez someone who can constantly score points. So I see Red Bull as the biggest competitor, although I don’t want to write off the other contenders.”