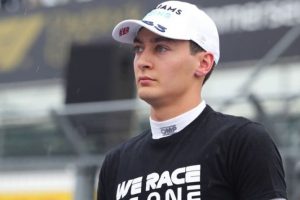 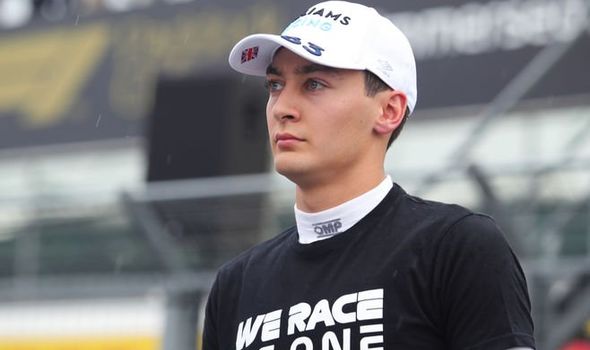 George Russell will test drive a Mercedes with 2022-spec tyres in Hungary on Tuesday amid speculation that the Briton will displace Valtteri Bottas as Lewis Hamilton’s team-mate for the world champions from next year.

The Williams driver, a Mercedes junior racer, will get behind the wheel of a Mercedes with 18-inch tyres instead of the current 13-inch rubbers.

Formula One is ushering in a wave of new regulations for next season which are designed to help cars follow and overtake one another easier to further improve the quality of races, with bigger size tyres among them.

On Tuesday, Mercedes will help to provide data for tyre suppliers Pirelli – as will Ferrari and McLaren – by strapping the 2022 tyres to a W12 and driving around Budapest.

And it will be Russell driving rather than Hamilton or Bottas in a fresh hint of where his future lies next season.

Russell previously tested for Mercedes in Hungary back in 2017 and also drove uncompetitively for the Silver Arrows in Bahrain and Abu Dhabi two years ago.

He replaced a Covid-stricken Hamilton at the Sakhir Grand Prix in Bahrain last season and ended up P9, though may well have won the race were it not for a team pitstop error and a puncture.

The 23-year-old, who secured his first ever F1 points with Williams at the Hungarian Grand Prix last Sunday when he also finished ninth, is in the frame to be promoted to Mercedes full time for next year.

A decision is expected to be made over the summer break before the Belgian Grand Prix at Spa on Sunday August 29.

Mercedes team principal Toto Wolff is mulling over whether to extend Bottas’ Silver Arrows contract for a sixth season or to mix things up and bring in Russell – who has thrived for Williams in qualifying in particular but has been let down by slower race pace on Sundays – for a new dynamic.

Hamilton has been named world champion in all of the four full seasons in which he has been alongside Bottas and Mercedes have not lost out on the Constructors’ Championship since 2013.

Bottas however currently stands on 108 points, 87 adrift of team-mate and championship leader Hamilton, and there are calls for the young Briton to come into the Mercedes garage.

Wolff insists Bottas’ error in Hungary will not count against him although it has earned him a five-place grid penalty for Belgium after his misjudged braking saw him career into the back of Lando Norris, the McLaren hitting into Red Bull’s Max Verstappen.

The Dutchman recovered, unlike Norris and Bottas, to finish P8 after Sebastian Vettel’s disqualification but team-mate Sergio Perez was also forced to retire after the Mercedes man’s error.

“It doesn’t influence the decision at all,” the team boss said. “The mistake was unfortunate with big consequences. He got sandwiched by the two cars in front and lost downforce and then it was already too late.”

Russell was meanwhile moved to tears on Sunday at the Hungaroring after he secured the first top-10 finish of his F1 career in a Williams car.

“I literally shed a tear earlier, I don’t know literally where it came from; it all just came flooding out,” he said on the F1 TV Post-Race Show.

“It does mean so much more than just scoring points. When you’ve been fighting for this for so long, at one point you just think: is it ever going to happen?

“When the situation in Imola happened [when Russell crashed with Valtteri Bottas], when I was in Austria – P8 – and… was breaking down, then Fernando [Alonso] passing me a few laps to the end.

“And then with Silverstone, getting the penalty – maybe deserved, maybe it wasn’t – I felt like today was probably [going to make up for it] and we’re probably even on the luck side of things, and I guess we really capitalised.

“It means so much. I got quite emotional to be honest because it’s not just a P9; it’s three years of hard work for me personally.

“Four years for the team, proper disappointment along the way, tough moments – not just for me personally, because what I experience, the team are experiencing too. It’s just a huge relief.”