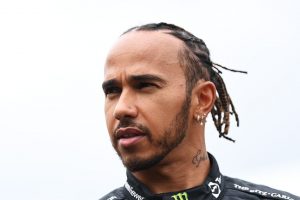 Mercedes have released a statement condemning the racist abuse targeted at Lewis Hamilton and insisted such actions must be "highlighted and eliminated."

The British driver took the chequered flag at Silverstone, claiming a record eighth win at the track in the process.

Hamilton came together with championship rival Max Verstappen on the opening lap with the shunt resulting in the Dutchman enduring a 51G crash.

Tensions were heightened but the 36-year-old driver was subjected to abuse during and after the race.

Mercedes have said: "During, and after, yesterday's British Grand Prix, Lewis Hamilton was subjected to multiple instances of racist abuse on social media following the in-race collision.

"Formula 1, the FIA and Mercedes-AMG Petronas F1 Team condemn this behaviour in the strongest possible terms.

"These people have no place in our sport and we urge that those responsible should be held accountable for their actions.

"Formula 1, the FIA, the drivers and the teams are working to build a more diverse and inclusive sport, and such unacceptable instances of online abuse must be highlighted and eliminated."

It read: "In addition to our work to remove comments and accounts that repeatedly break our rules, there are safety features available, including Comment Filters and Message Controls, which can mean no one has to see this type of abuse. No single thing will fix this challenge overnight but we're committed to the work to keep our community safe from abuse."

Hamilton has been one of the loudest voices calling for racial inequality, especially over the past 12 months.

The seven-time world champion remains the sport's only black driver and has called for more diversity within the paddock.

He said recently: "It's all been about understanding. So I was asking a lot of questions for a long, long time, for years.

"Why am I one of the very few people of colour here? There was never a good answer, no one ever knew.

"For me I really wanted to understand the root of the cause so that I could know better but also the industry, we can go on a journey together."