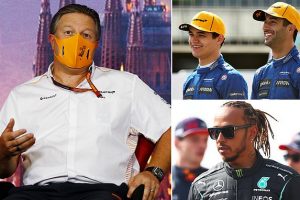 The man who SAVED McLaren: Zak Brown on why he won’t be offering seven-time world champion Lewis Hamilton a swansong, the exciting Lando Norris and Daniel Ricciardo partnership… and his hopes for being the best of the rest in 2021

Zak Brown had no need to wake earlier than usual for his early morning check-in at Heathrow T2 en route to Bahrain on Wednesday.

For the 49-year-old Californian has routinely been interrupting his own sleep each day for the past 30 years to maintain his 6am to 10pm schedule.

‘I’m a workaholic,’ he declared. ‘I don’t do vacations well.’ 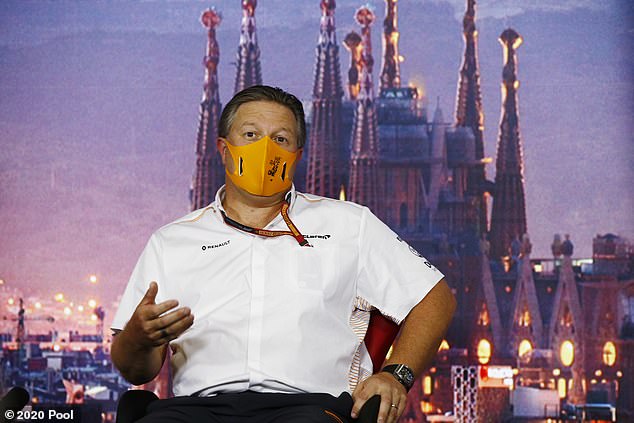 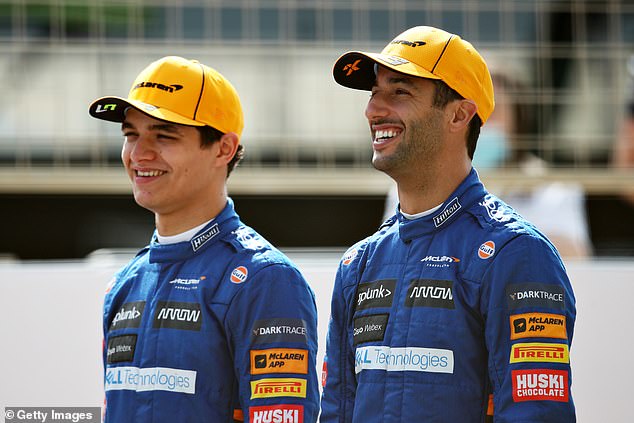 Brown bustled through security as fast as the scanners allowed, and he was soon reunited with the phone on which he fires out emails at all hours of day and night. They are often brief and to the point — a time-saving style he has told staff not to misunderstand as rudeness.

He is in good spirits as we board our Gulf Air flight as well he might be. The diminutive Gulf state of Bahrain is home of the Al-Khalifa royal family who own the largest shareholding in McLaren and Brown has yanked round the fortunes of the F1 team who were in alarming decline when he took charge in 2016.

McLaren are not yet entirely where they want to be — namely, clinching another title to go with the 20 that make them the most successful practitioners in British Formula One history — but third in the constructors’ championship last year was a landmark improvement.

Sighs of relief all round. 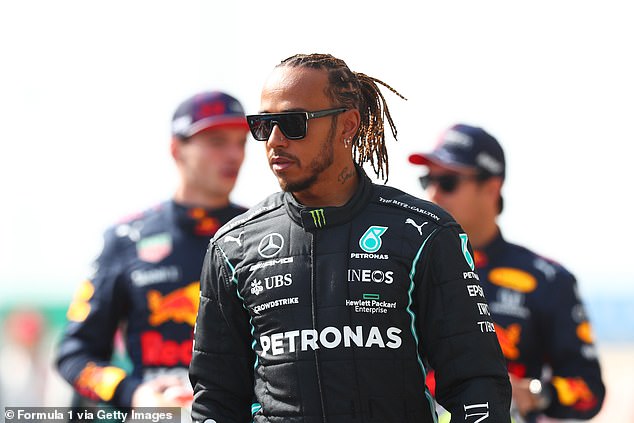 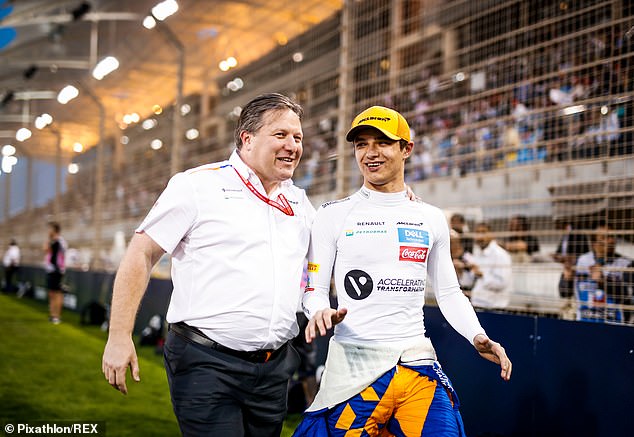 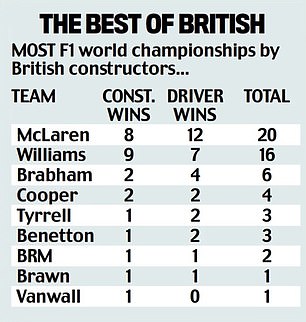 Brown, a one-time racing driver who started up his own company, Just Marketing International, and turned it into motor racing’s biggest such business, is optimistic about the season ahead based on pre-season testing that suggested McLaren, AlphaTauri, Ferrari, Alpine and Aston Martin will be fighting their own battle for supremacy behind top dogs Mercedes and Red Bull.

He wants to cement third place and more importantly to him close the gap on the top two. He further believes they could capitalise on opportunity if circumstance granted them a shot at a win. That would be their first victory since 2012, when Jenson Button triumphed in Brazil.

Button’s team-mate that day was Lewis Hamilton, the seven-time world champion who is out of contract again at the end of the year.

Now the McLaren seats are taken by another Brit, Lando Norris, starting his third season with the team at the age of 21, and former Red Bull and Renault driver Daniel Ricciardo, a seven-time grand prix winner.

But would Brown think of offering McLaren’s greatest ever protege, Hamilton, who won his unforgettable first title in their colours in 2008, a swansong at the team if he left Mercedes at the end of a season that could yield an unprecedented eighth title? 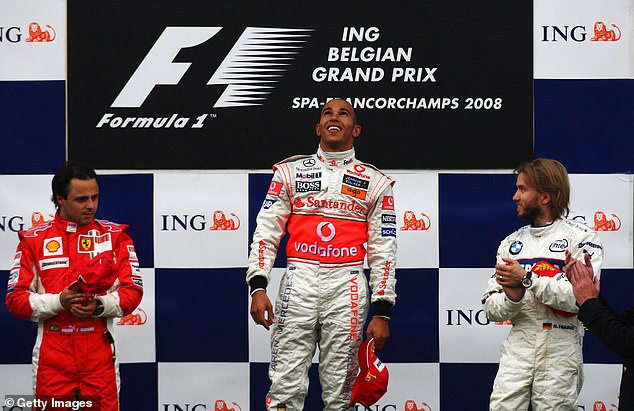 ‘Where we are today, no, because we are really happy with Daniel and Lando and have them under long-term contracts,’ said Brown.

‘If I had an opening, would I put Lewis in the car? Of course, but we are trying to build for the future, hence this kind of youth-and-experience combination.

‘You feel if you brought Lewis back now it would be for a one or two-year journey and we know we are not ready to compete for championships, so we need to set up a driver line-up that gets us to that position and that when we reach it they are ready. Daniel is ready now, of course. I don’t think the timing is right for Lewis.’

Hamilton’s prospects beyond this season are uncertain, not least after Williams’ George Russell filled in for him when he was laid up with Covid for the Sakhir Grand Prix, again in Bahrain, last December and would have won but for a pit-stop blunder and a puncture.

Russell and Red Bull’s hot shot Max Verstappen are favourites for the Mercedes gig next year.

Brown agrees, saying: ‘Yes, I think you will see Max and George there in 2022. I think that is the obvious conclusion. Lewis wins title No 8 this year and is the winningest driver (most successful) in every category; they have a one-year deal with him. George is coming out of his deal and Max has a deal he comes out of. 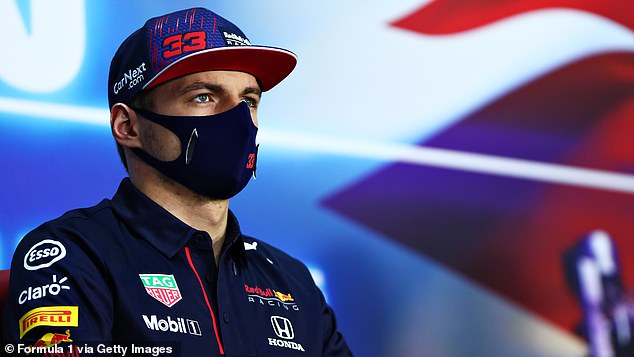 ‘You have Max’s experience and youth, you have George’s youth. If I am Mercedes that is a pretty killer line-up for the next five years.

‘The interesting thing is what do Red Bull do? That’s a harder one to answer.

‘It’s tough for them. Everyone is locked down. And Lewis has spent his entire career with Mercedes, either through the works team or with McLaren and I think as Michael Schumacher was fundamentally a Ferrari man — though he ended up with Mercedes — Lewis has this opportunity to be a career Mercedes man so I don’t know why he would move.’

As for McLaren, Brown has restructured wisely. Andreas Seidl, a German who combines humanity with a high level of perfectionism, was an inspired appointment as team principal.

‘The first hard two years were like 20 years, the last two years of improvement have passed like two minutes,’ reflected Brown of his time in charge at Woking.

‘It will get harder at the front but that is a sign of progress. There is work to be done but it is great and I am loving every minute of it.’ 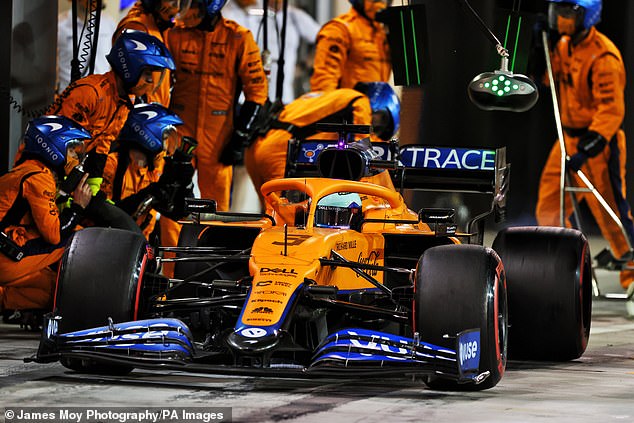 Brown, who turned round McLaren’s fortunes after taking over in 2016, is relishing the future