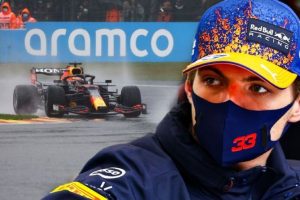 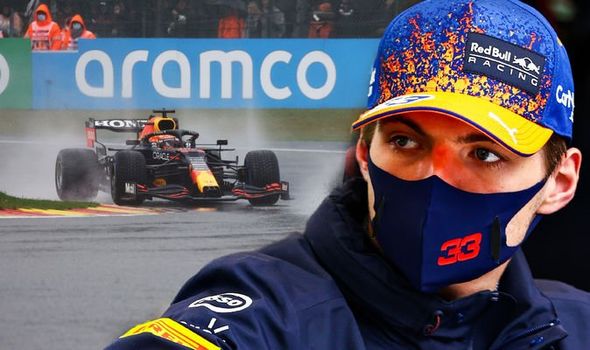 Max Verstappen was declared an unusual Belgian Grand Prix winner after completing just two laps behind the safety car nearly three-and-a-half hours after the race was initially due to begin. It looked as though the race may have to be abandoned altogether due to hazardous weather conditions at Spa-Francorchamps but the drivers were eventually able to get out to do two laps on a waterlogged track and at least ensure they scored half points.

Relentless rain in Belgium caused a long delay and meant the teams had to sit around waiting, but the race, which was due to begin at 2pm, eventually resumed at 5.17pm and pole-sitter Verstappen – behind the safety car – was eventually declared the unorthodox victor.

Red Bull’s Verstappen takes home 12.5 points with George Russell, second in the Williams, getting nine points via what is his first ever podium finish in Formula One.

Third-placed Lewis Hamilton in the Mercedes scored 7.5 points, with his championship lead as a result cut from eight points to three.

Heavy rain had earlier led to hours of inaction with drivers taking to social media and gesturing to fans in the grandstands, some even having naps as they waited for a decision on whether racing would resume or not.

The original race start was initially delayed by 10 minutes but further delays meant it wasn’t until around 2.25pm that the formation lap got underway.

The safety car led the field away, but five minutes later – after two relatively slow laps – the red flags were deployed due to poor visibility from the huge spray caused by cars going around the track even though they were far from top speed.

“It’s pretty awful,” McLaren’s Lando Norris, who suffered a big crash at Eau Rouge in a wet qualifying session on Saturday, said on the McLaren team radio during the formation lap.

“I can barely see the car in front. Quite a bit of aquaplaning as well,” the Briton, due to start in 14th after a five-place grid penalty for a gearbox change.

Hamilton – who reported water leaking into his helmet – said: “I really can’t see anything.” While Russell said: “Can’t even see Verstappen’s red light.”

Formula One rules dictate there is a three-hour window for a race to take place and the window began at 2pm and was due to expire at 5pm. At 4pm UK time, the clock was stopped with an hour of the window remaining in hope of getting at least an hour of racing.

The suspension was confirmed due to allowance in the International Sporting Code for the stewards to temporarily stop the clock at an event.

The FIA confirmed: “In accordance with the powers vested in them under the FIA International Sporting Code, the Stewards have decided, in accordance with their authority under Article 11.9.3.o, to stop temporarily the 2021 Belgium Grand Prix at 17:00 hours. This decision is taken on the grounds of Force Majeure.”

Eventually soon after 5pm, it was confirmed the race would resume at 5.17pm and the clock was restarted.

With two laps needed for half points, 29 of the full 44 laps would have been needed for maximum points but that was not possible with only an hour to go racing.

Only two could be completed before the red flags came out once again with the rain refusing to relent. The clock once more ticked down until at around 5.45pm UK time when it was finally deemed impossible for the cars to go back out on track.

That means the order of the grid after two laps remains the final classified result of the race, with Verstappen, Russell and Hamilton making up the podium.

Even before the race, Red Bull’s Sergio Perez had been caught out by the slippery track as he lost control on his reconnaissance lap going through Les Combes.

Red Bull were able to repair his stricken car during the rain delays to allow for a potential pitlane start and the mechanics’ excellent work in the garage was eventually rewarded when racing resumed.

However, because of the red flags, Perez – who was due to begin in seventh – finished 20th and did not win any points.