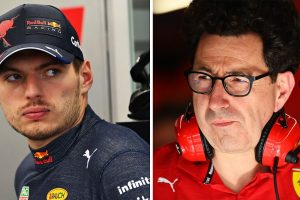 Karun Chandhok has denied claims Max Verstappen’s comments on Lewis Hamilton might be a sign he wants to drive for Ferrari later in his career. Verstappen blasted Hamilton and Mercedes ahead of the Hungarian Grand Prix, claiming he prefers his battle with Leclerc this season.

The reigning champion also stressed Ferrari was a “well-respected competitors” and admitted he had a good relationship with the team. The Dutchman hit back at Mercedes, claiming he would not sit around and have a laugh with anyone from their team like he does with Ferrari boss Mattia Binotto.

Chandhok was asked whether Verstappen’s praise of the Prancing Horse highlights his desire to one day join the Italian marque. However, the former F1 driver refused to accept the claims, claiming Verstappen’s comments were only about his relationship with Leclerc.

He told Sky Sports F1: “I don’t think it’s about that. I don’t think he’s thinking of that even. He’s just thinking of the fact he’s having a respectful battle with his competitors, and they’re battling hard on track but they respect each other off it. I think he’s being truthful, isn’t he? He’s enjoying the battle this year, he’s relishing the on-track battle. 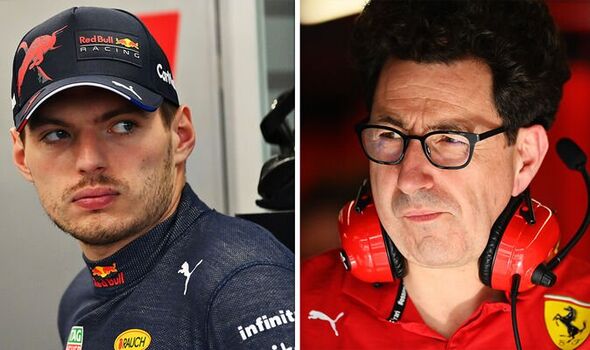 “He’s racing wheel-to-wheel differently with Charles as he did to Lewis. As he rightly said, he and Charles have known each other a long time, they’ve grown up together, they’re of the same generation.” Verstappen signed a massive £40million per year contract with Red Bull ahead of the new season.

The deal keeps him in the team until the end of 2028 meaning any move to a rival squad is unlikely. However, the reigning champion has not yet ruled out a move away from Red Bull once his mega contract comes to an end.

Verstappen claimed he would “not be old” at the end of his deal and would then have the “option to continue or not”. 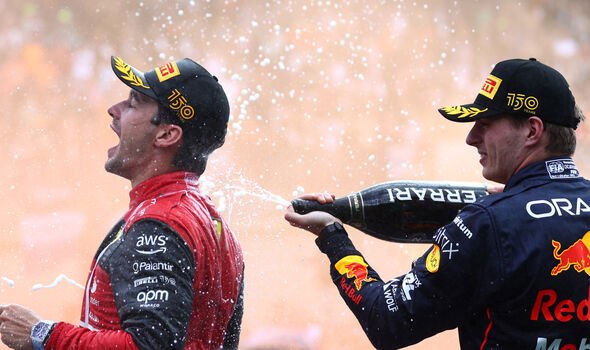 World Touring Car star Tom Coronel has called on Ferrari to buy Verstappen out of his Red Bull deal. The Dutchman claimed signing Verstappen as a driver is “worth all of Ferrari” and would transform the team.

He said: “What is Max’s value? It’s what Ferrari is willing to pay for it. That is in any case the reason why Red Bull has signed him for the long term, because then at least you know that you have the best driver in the house.

“If I were Ferrari, the director of Ferrari, I would now ask: how much will it cost to buy Max away from Red Bull? Who says it can’t be done?”