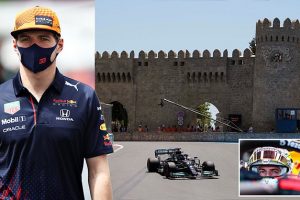 The Red Bull driver, who holds a four-point lead over Lewis Hamilton, edged out Ferrari’s Charles Leclerc by 0.043 seconds in Baku, with his Ferrari team-mate Carlos Sainz third.

Hamilton could only finish seventh after he ran off the track on his best lap. 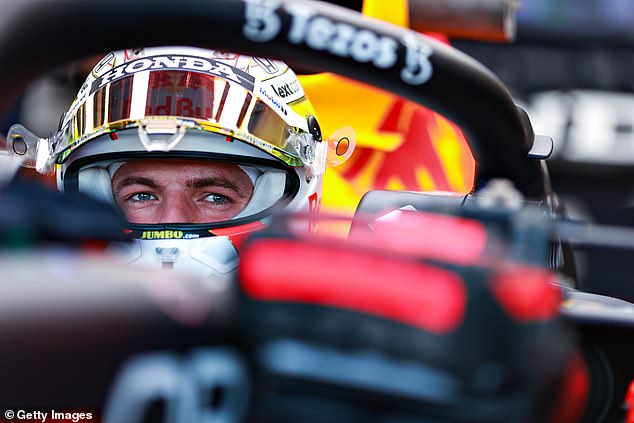 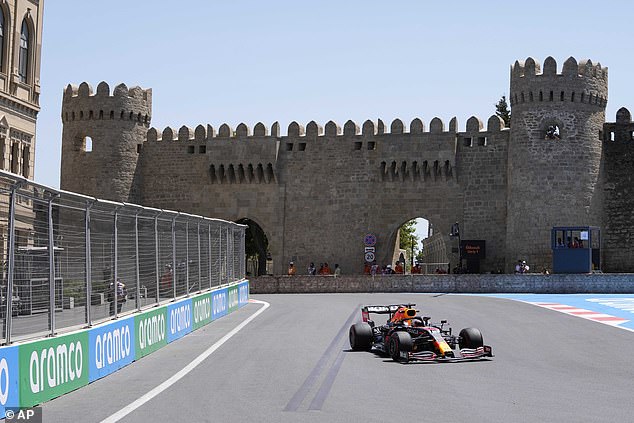 Verstappen set a time of 1 minute and 43.184 seconds in his Red Bull on the Baku circuit

Verstappen arrived in Azerbaijan in control of the championship for the first time in his career after he knocked rival Hamilton off top spot following his dominant win in Monaco a fortnight ago.

The Dutchman was twice held up by traffic – first by Alpine’s Esteban Ocon and then the rookie Nikita Mazepin in his Haas – before going on to post the fastest time of the one-hour session.

But the grid looks evenly matched heading into the remainder of the weekend with McLaren’s car appearing suited to the sport’s fastest street circuit.

Indeed, Lando Norris was on course to set the fastest time of the session after he posted the quickest sector one and two times, only to spin at effectively the final corner ahead of the long run to the finish line. 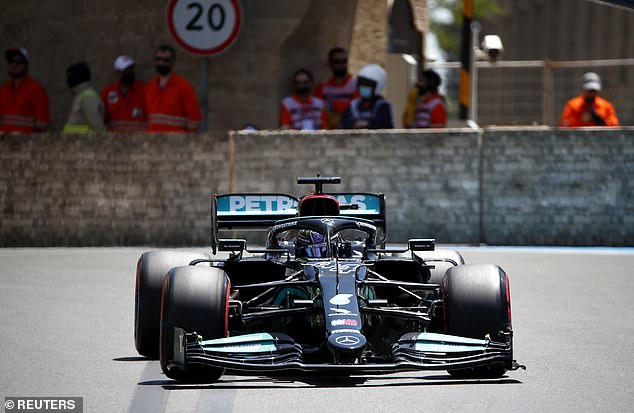 There was more frustration for Mercedes and Lewis Hamilton, who placed seventh

The British driver, an impressive third in the standings, had to settle for eighth, with team-mate Daniel Ricciardo fifth.

Hamilton will be keen to bounce back in the sixth round of the campaign after finishing seventh in Monte Carlo – ending his run of 19 races at the top of the standings.

The seven-time world champion was the fastest out of the blocks in Baku but he did not improve on his early time after he went straight on at the left-handed Turn 15 on his second fast run. 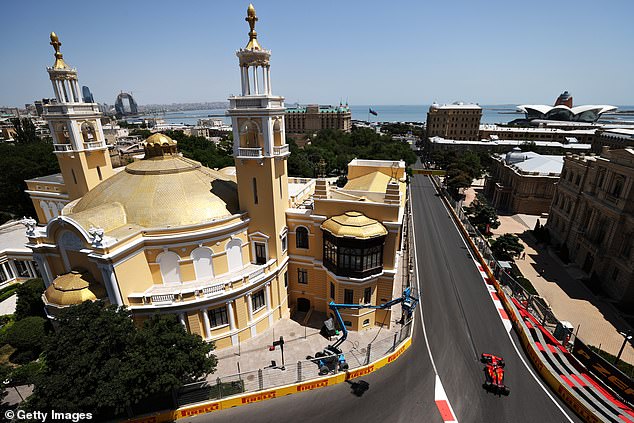 He reversed back onto the track and headed to the pits without sustaining any damage but he ended the running 0.709 secs behind his title rival.

Ferrari will be encouraged by their early showing after a strong weekend in Monte Carlo, while Sergio Perez finished fourth for Red Bull, half a second slower than his team-mate.

Valtteri Bottas, who arrived in Baku late on Thursday evening after his flight from Finland was grounded following a technical failure, finished 10th, 1.7 secs off the pace.