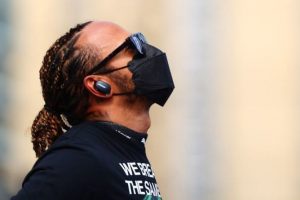 Lewis Hamilton is used to breaking records every season in Formula One. But the Mercedes star would have been in no mood to celebrate the end of an eight-year run after a disastrous conclusion to the Azerbajian Grand Prix.

The reigning world champion looked in a prime position to snatch the race victory away from Sergio Perez two laps from the finish after a red flag restart.

A tyre blowout had caused Max Verstappen to crash into the barriers on the pit straight in a frightening 200mph crash.

Thankfully, the Dutchman walked away unscathed and kicked his car in frustration after seeing his chances of victory go up in smoke.

Hamilton had been on the radio to his team before the standing restart, reminding the Mercedes management that it was “a marathon, not a sprint”, suggesting he would be content with second place as it would restore his lead in the championship.

But his words left the viewers at home feeling somewhat deceived, as Hamilton made an unexpected attempt to seize the lead from Perez going into Turn One. 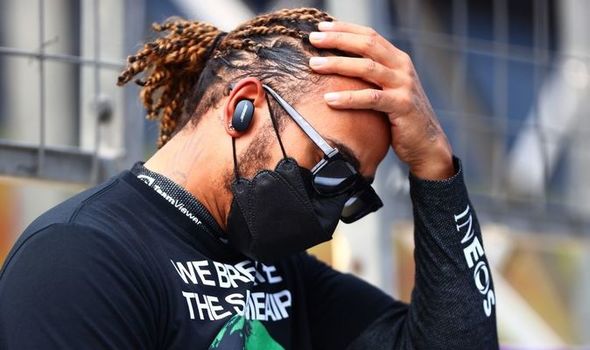 However, the 36-year-old locked up his front brakes and went sailing into the run-off area, thus wiping out his 18-point haul in a flash as his rivals drove past him.

Perez took the checkered flag, his first victory in Red Bull colours, while Sebastian Vettel and Pierre Gasly picked up their first podiums of the season on a thrilling Sunday in Baku.

It was no surprise to see an unusual top-three lineup in Baku, such is the chaotic nature of the circuit, but for Hamilton it resembled another missed opportunity to make amends.

For the first time since Spain 2013, he had finished a race outside the points. You would have to go back even longer, to USA 2012, for the last time Mercedes failed to score a single point in a race.

As the seven-time champion limped home in 16th behind the Haas pair of Mick Schumacher and Nikita Mazepin, Hamilton was in an apologetic mood and told his team he was “so sorry”.

Few could blame Hamilton for wanting to clinch the race win after a catastrophic result in Monaco, with Verstappen taking the championship lead for the first time in his career by four points.

Yet, it was a rare rush of blood to the head for the driver who is usually so calm, collected and frustratingly consistent.

Having won three of the first four races, there are signs that the pressure is starting to show after some off-colour displays in the back-to-back street circuits at Monaco and Baku. 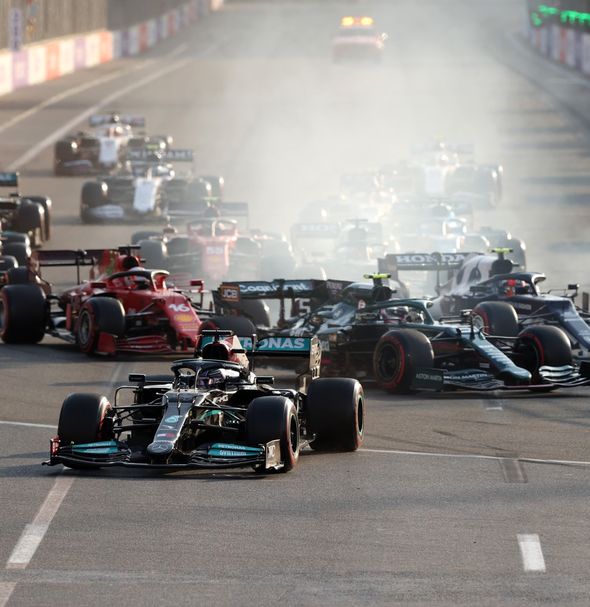 It is certainly not the first time Hamilton has struggled for pace or had an incident-laden race in Azerbaijan.

Back in 2017, he was fighting with Sebastian Vettel for the title when the Ferrari driver astonishingly drove alongside him and purposely bumped his Red Arrows machine into the Briton when he was leading under the safety car.

Later on the race, he was forced to pit after an issue with his headrest and came home in fifth.

His only win in Baku came the following year when he his team-mate Valtteri Bottas suffered a devastating tyre blowout a few laps from the end, a rare occasion where he had completely outshone Hamilton.

And even this time around, he was not in control of the race. Mercedes had been struggling for pace all weekend and, in truth, Hamilton had exceeded expectations in securing second place on the grid ahead of Verstappen.

Even when he leapfrogged Charles Leclerc in the early stages, Hamilton couldn’t pull clear of the DRS range and with the help of their impressive pit crew, Verstappen and Perez climbed above Hamilton into P1 and P2 respectively.

Hamilton is usually a master at controlling races, keeping his tyres fresh and rivals at bay when in the clear air at the front.

But his absence from the podium in the last two races at Monaco and Azerbaijan suggests that in the latter stages of his career, these aggressive street circuit are not suited to the car or his ability.

Mercedes later clarified that Hamilton’s mistake came as a result of an accidental flick of the ‘magic button’, which helps drivers warm up their brakes before a race start.

In fairness, Hamilton’s front brake pads were producing more smoke than a family barbecue before his lock-up. 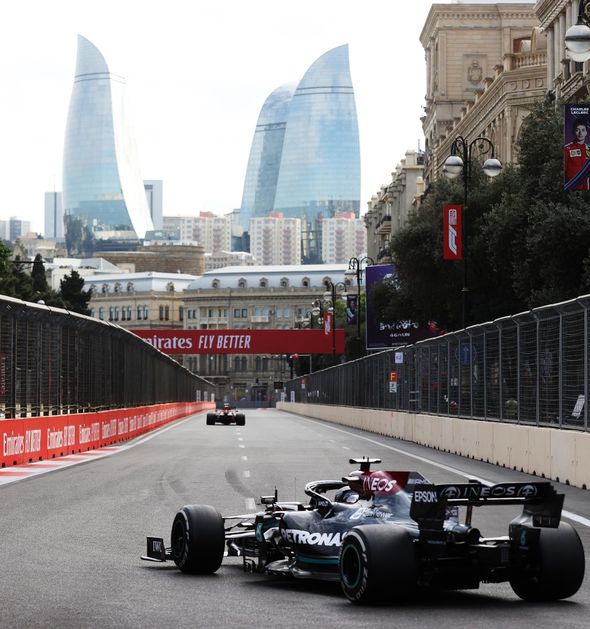 But this is a driver who despite finishing first in 98 races in his career has only tasted success once in Baku in five attempts, and three times in 14 races at Monaco.

It’s taken a long time, but perhaps Hamilton has finally found a weakness in his game: for whatever reason, the claustrophobic design of these circuits make them his “bogey” races, if you will.

Toto Wolff insisted in the post-race interviews that Mercedes must cut out their errors if they want to retain the constructors and drivers titles for an eighth successive year.

That could have quite easily been a coded message to Bottas as the Finn continues to struggle, finishing in 12th position on Sunday after enduring one of his worst weekends since joining the team four years ago.

But the German manufacturer will not need reminding that if they are to pip Red Bull to the title, they will need Hamilton to put his recent misery on the track in his rearview mirror and return to his dominating ways at the French Grand Prix.