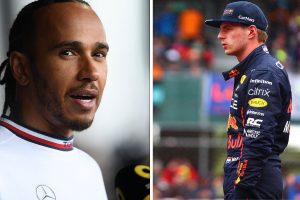 Lewis Hamilton has spoken out against the thousands of British F1 fans who booed Max Verstappen at Silverstone on Thursday and Saturday. The Dutchman struggled through his post-qualifying interview as disgruntled Hamilton fans attempted to drown out his comments, following a tense and controversial  battle for the world title in 2021.

Hamilton lost out on an eighth world title in Abu Dhabi last year, with Verstappen coming out on top on the final lap of the season’s final race. And many felt as though the Red Bull star won in controversial circumstances, with axed FIA race director Michael Masi playing a huge part in the last-gasp shootout.

Thousands of British fans made their grievances known this week, booing Verstappen on Thursday and after qualifying on Saturday. Despite the strong show of support for Hamilton, the Mercedes star insisted that they should show respect to his former foe.

“I think we’re better than that,” he claimed. “They shouldn’t do that. Of course fans feel emotions and some may still feel the pain from last year. But I don’t agree.” 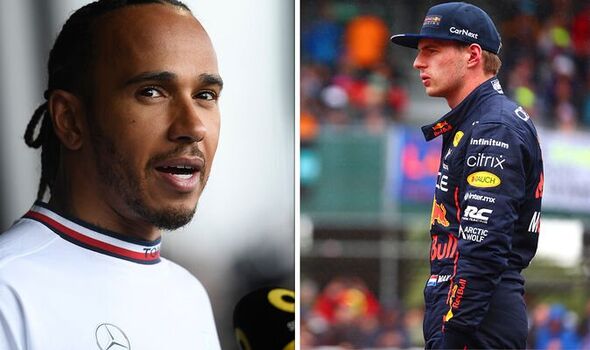 Earlier in the week, Red Bull Christian Horner claimed that Verstappen ‘accepted’ the fact that Hamilton is the undisputed favourite in Britain, but clarified on Saturday that he is ‘disappointed’ with the raction. “If they want to do that, then they will,” he added.

“I love being here. A great track and generally a nice atmosphere. Maybe some people don’t like me, but I don’t care.” That fact Verstappen was fresh from securing a front-row start for Sunday’s Grand Prix certainly won’t have hurt his morale, even if he had to concede pole position to Carlos Sainz.