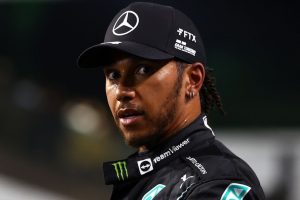 Lewis Hamilton is dicing with danger from the authorities after his second reprimand of the 2021 season.

He is now on the brink of receiving a 10-place grid penalty ahead of some of the biggest races of the campaign.

It comes after the Brit was adjudged to have impeded Nikita Mazepin during third free practice for Formula 1's Saudi Arabian Grand Prix.

The Dutch driver crashed as he looked to beat his rival's time after slamming his brakes too late on Turn 27 and slid wide on the exit, breaking his rear suspension.

And there could be further misery for the 24-year-old, with a potentially damaged gearbox handing him a five-place grid penalty and moving him down to eighth.

But Hamilton is also on the brink of facing his own penalty after Haas' Mazepin was forced to manoeuvre to avoid hitting Hamilton on Turn 8.

As the Russian closed in, the Mercedes driver appeared without warning on the blind turn while stewards found that Hamilton was not given sufficient information on the incident from his team, though he was told about Mazepin 10 seconds prior.

However, a lack of further updates has seen Hamilton receive his second reprimand of the season and a €25,000 fine for Mercedes.

"The driver was given a 10 second warning that Car 9 was approaching when he was at Turn 2. Due to a failure in communication by the Team he was not given another warning until Car 9 was alongside him.

"The Stewards accept that this circuit presents challenges for drivers in relation to using their mirrors as the method of determining the approach of overtaking cars.

"Although it is the driver’s ultimate responsibility to avoid impeding, for this circuit the driver must depend upon the Team to communicate efficiently. This did not happen in this case and accordingly the penalty for the Competitor is imposed.

"The Stewards take this opportunity to emphasise that due to the nature of this circuit it is essential that teams communicate effectively and proactively with their drivers. This is not to be taken as a precedent for other circuits."

Hamilton cannot afford any slip-ups now if he is to claim his eighth World Championship as he currently trails Verstappen by eight points.

The battle for the title will go right down to the wire with Sunday’s race in Jeddah and the Abu Dhabi Grand Prix left before the season ends.

Any further penalties for either racer could be detrimental, while Hamilton said: "Wooh. That was one of the most intense qualifying sessions we've had for a while.” 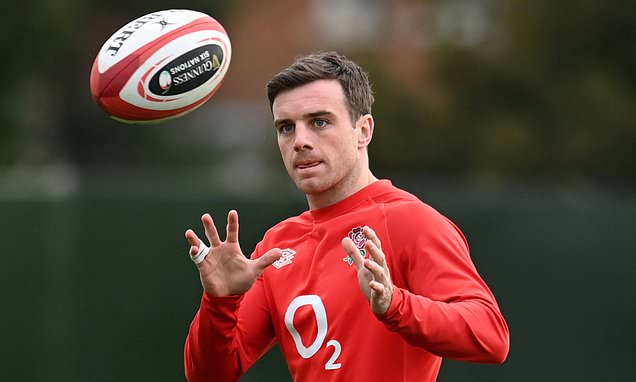 CHRIS FOY: George Ford must be SEETHING at his Six Nations snub